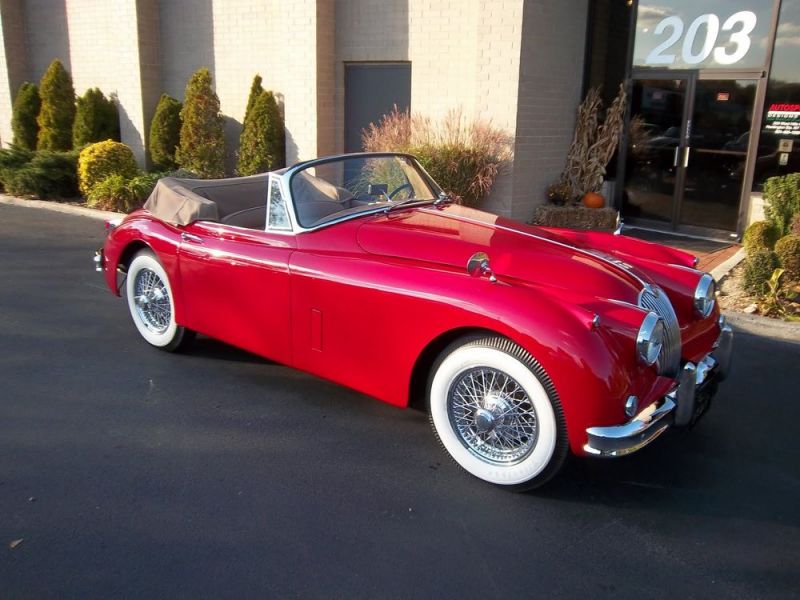 ANY QUESTIONS JUST EMAIL ME: valerievllechliter@forestfans.com .

Red with Tan leather interior, Tan carpeting and Tan convertible top, 3.4 liter engine, Automatic transmission, Restored.
This car was well restored some years ago and always been a rust free example as noted by the superb condition of
the chassis and body panels. Although an older restoration, it remains in beautiful condition throughout. This
Jaguar XK 150 represents the last of this breed and model. These cars are smooth to drive compared to their
predecessors and trouble free. The DHC is a 2+2 version that allows for the transport of passengers (albeit small
passengers) in the rear. The XK 150's 190 HP provides plenty of acceleration and makes for a fun and extremely
stylish open top tourer.
It has recently received a full service tune up and transmission rebuilt to make sure it is 100% and ready for a new home.