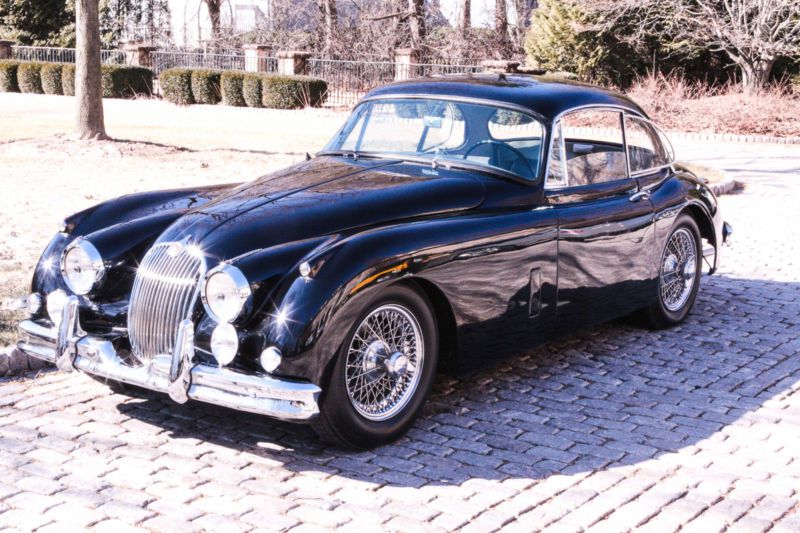 ANY QUESTIONS JUST EMAIL ME: shalasnnolie@ukpoets.net .

This classic was restored in the 1990’s to a show level finish. It has been driven only 1400 miles since the restoration. The owner, prior to myself, owned it since 1972. When he passed, I was able to acquire the car from his estate.
It is a numbers matching car, with the venerable 3.4 liter inline six cylinder engine that was fully rebuilt during the restoration. It starts on the first turn of the key and idles perfectly. No smoke, no drama. She drives very well and shifts well – having a new clutch and a rebuilt transmission.
It features chrome wire wheels – including the spare.
The interior is in restored condition aside from vandalism done at a car show. Note in the pictures that the door panels (only) were sliced – both sides. I’ll have these panels redone before the new buyer acquires the car.
Also, I have new (wing) side view mirrors that will be installed prior to the acquisition AND new chrome bonnet trim (just arrived). There was a small ding on the old one.
The right rear turn signal has a dent – but, I ordered a new one – and will replace it.
Other than that, she shows very nicely. I’ve had a vast collection of cars and have been fond of XK’s for many years and have owned many. This coupe is – pretty. I was tempted to put white wall tires on her – but have not yet done so.
All of the chrome is in great shape, the grill is straight and very nice. The bumpers look great also, as the previous owner rechromed everything.
The odometer was reset at time of restoration. I do not know the original miles, but post restoration, it doesn’t really matter.
The tires look new with no dry rotting at all. The wire wheels are in great shape, but would benefit from a detail.
The interior leather is free of wear and tear and looks new. The wood dash was redone and looks beautiful.
The trunk compartment (boot) was restored also – and the engine compartment, although dusty now, was restored. The head is a correct light green color.
I am searching for a set of windshield wiper as the car mysteriously does not have them. Frankly, until I took the pictures, I forgot.
She is fine running car and a bit of a bargain really, as you can attend any car show and many rally events in an XK150. They are powerful and torquey and a pleasure to row through the gears.
She is ready for the new owner as I must reluctantly sell her to fund my technology company. (startups aren’t easy).
I’ve placed a best offer option on her so an astute buyer will get a great deal.
1958 Jaguar XK 150