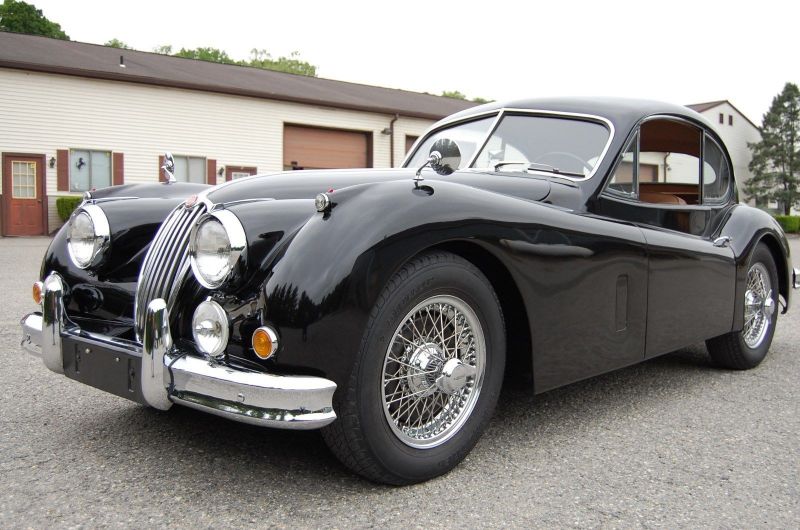 1957 Jaguar XK 140 SE Fixed Head Coupe with proper factory original to this car high performance C type head with more power and wire wheels. Restored Really Nice #'s Match as per Jaguar factory Heritage Certificate. Black with tan interior. Car has been totally gone thru. All metal work properly done, chrome is all fresh and new, interior properly redone. This is about as nice a car as you are going to find.

This is it. This is the nasty cat we've been hankering for most. Whereas the Jaguar F-Type convertible remains the company's purest expression of lifestyle fun and expendable income, it's this coupe version that originally stole our eyeballs and never gave them back when it debuted as the C-X16 Concept way back at the 2011 Frankfurt Motor Show. And now we've had an early turn at driving the most potent variant, the Jaguar F-Type R Coupe.
This F-Type Coupe design is so utterly visually stunning that, even if something dynamically or functionally was not really to our liking, we would still want to have the wherewithal to buy one and garage it, if only to stare at it - not unlike our reaction to the 2007-2009 Alfa Romeo 8C Competizione coupe, then. Whether such beauty needs to be in the form of this $99,000 mondo 542-horsepower R version or the more attainable six-cylinder trim is an open question.
In case you need reminding, that's 542 horses maxing out at 6,500 rpm, along with 502 pound-feet of torque on tap between 2,500 and 5,500 revs. There is no indicator yet as to whether Jaguar will eventually come out with an R version beyond the 488-hp V8 S for the convertible, either, so this may well be our only shot at such hair-brained antics in this small Jag. Small and not quite light, we should add - despite its all-aluminum goodness - the F Coupe rings in at 3,638 pounds. That sort of heft is one thing on the street, but it's quite another on a twisty roadcourse, and we aimed to figure out if the coupe's 80-percent greater stiffness versus the open F-Type (along with its higher attendant spring rates) were enough to make a big difference.