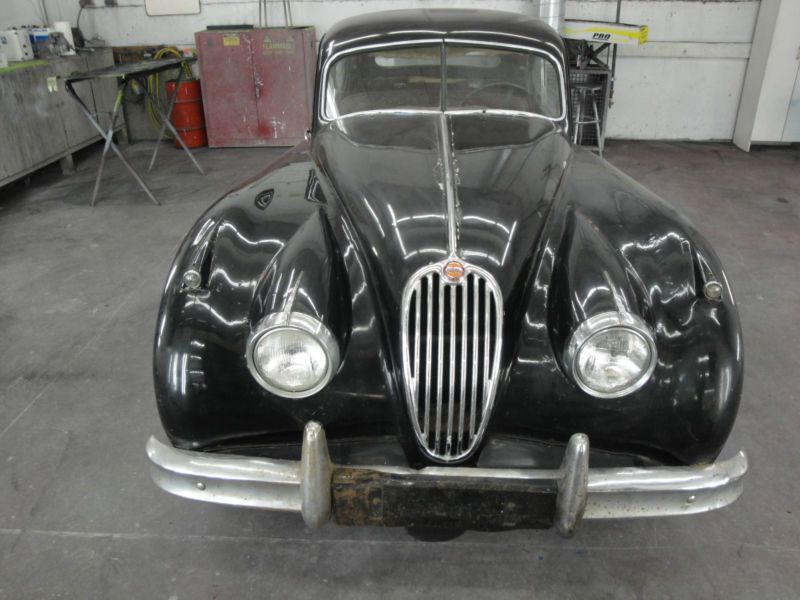 If you have any questions feel free to email: jamijhhulme@uksurveyors.org .

1957 JAGUAR XK140 FIXED HEAD COUPE. Recently removed from nearly 25 years of dry storage. Excellent restoration
project that is 95% complete including the rare windscreen and rear window chrome trim pieces so often lost. The
engine turns freely but no attempt has been made to start the engine. The car rolls easily as the brake shoes have
been removed and stowed. The car requires a full restoration in all respects and is very solid and complete,
missing only minor interior pieces. There is minor rust in the rear dogleg areas typical of XK cars, but the main
sills, floors and boot compartment floor are solid as well as the chassis. The original engine to the car was
removed many years ago and is currently fitted with an XK150 engine from 1958 or 1959. The original XK140 close
ratio standard gearbox is still fitted to the car.