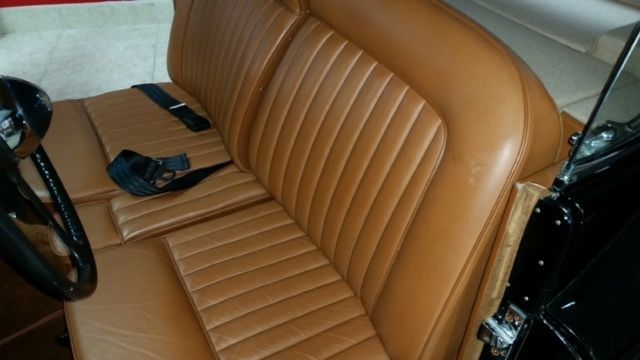 This is a beautiful 1952 XK 120 Coupe restored several (8) years ago by Donnybrooke Motor Sports. It began life in
the USA in California and had NO rust to repair when it was restored. It runs flawlessly with it's 5 speed
transmission and disc brakes. In addition to several car shows, it ran the 2013 California Mille over the roads of
north and eastern California. It ran flawlessly for the entire 1000 miles and was very aggressively driven. It is
not a track car, but can be driven ANY where any time. Cruises effortlessly on the highway as well as twisty
mountain roads. XK 120 was followed by the 140 and 150 but it is still the classic that was originally penned in a
casual atmosphere and became an instant classic. A beautiful golden tan interior highlights the shinny black
original colors of this magnificent Motorcar!