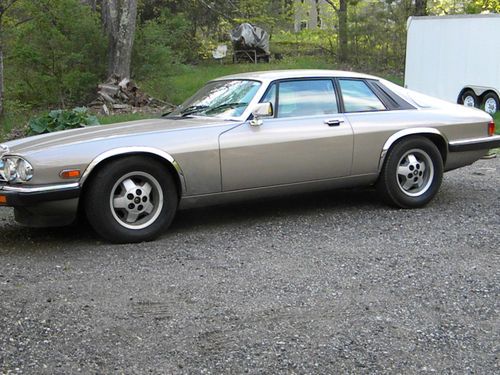 Carbon filter just changed.  Some wear on the woodgrain trim, rest of the interior is in great condition.  Original body and paint.  No rust.  Stored every winter.

One of the many big name debuts during the 2014 Monterey car week is this, the Jaguar F-Type Project 7, a stunning roadster inspired by Jaguar's legendary, finned D-Type sports car.
The Project 7 expands on the already appealing F-Type Convertible formula, further boosting the Jaguar Land Rover 5.0-liter, supercharged V8 to its most potent form yet - 575 horsepower - making this the most powerful production Jag in history. So equipped, the Project 7 is more cheetah than jaguar, roaring to 60 miles per hour in a rapid 3.8 seconds before reaching its electronically limited peak speed of 186 miles per hour.
Prices for the F-Type Project 7 start at $165,000, with customer deliveries slated begin in spring of 2015.