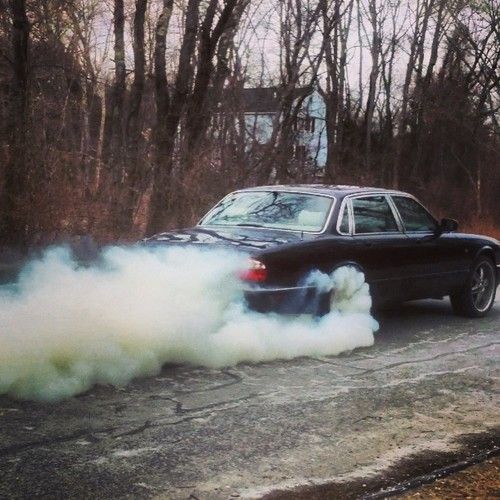 I am selling a great 1998 Jaguar XJR, the exterior is MINT, and interior is in great condition as well. It has 20 inch custom jaguar chrome wheels with performance ZR tires--car comes with two full size spare wheels and tires. It has a jaguar performance exhaust which in my opinion is perfect... when you have the windows up and some nice soft music on... you can barely hear it, but when you put those windows down, bit the tranny in sport mode... this car sounds like a lamborghini!  The previous owner told me that he had the drivetrain rebuilt in 2011, and put in a sport chip bringing the car to over 400hp! It does 0-60 in under 5 seconds easy.  feel free to call me 978 505 5508 if you have any questions about the car, or shoot me a message!

Fans of Top Gear host Jeremy Clarkson might want to make plans to be in the UK next weekend. On August 24, Anglia Car Auctions in King's Lynn is auctioning off Clarkson's black 1999 Jaguar XJR as part of its classic sale. According to the auction house, the Jag was "originally the daily drive" of Clarkson and has had one registered owner since.
Clarkson's former ride clocks in at 93,000 miles and has an estimated price of 2,500 to 4,000 pounds. At roughly $3,300 to $5,300 in US dollars, that could be quite a steal for a hardcore Jeremy Clarkson fan. And with a supercharged 4.0-liter V8 engine and lavish interior, it's a luxury sport sedan lover's dream.
This isn't the first time Clarkson has crossed paths with Anglia Car Auctions. Back in 2009, he and fellow Top Gear stars James May and Richard Hammond made an appearance at another vintage auction to buy vehicles for a future segment of the show.