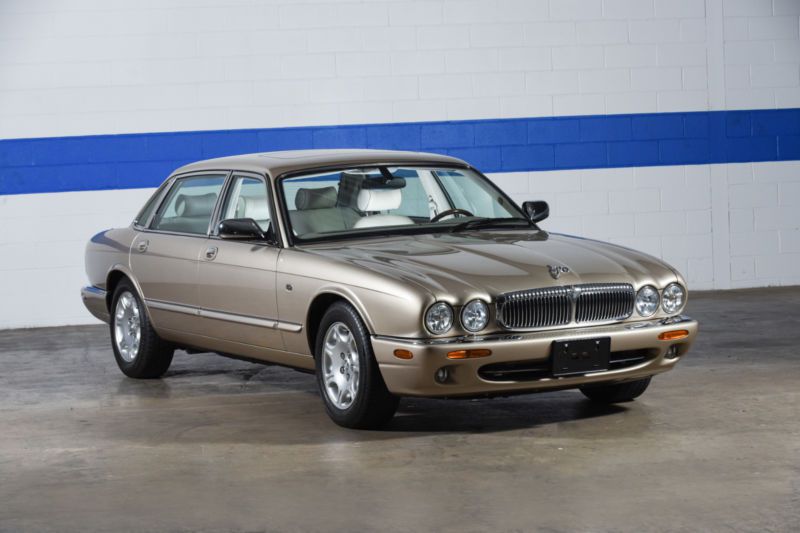 Well preserved 2000 Jaguar Vanden Plas Sedan. This beautiful 2000 Jaguar Vanden
Plas saloon may well be the newest example of this model on the road. It has only 8,700 miles. The car has never
been damaged, never had paintwork. The engine compartment is immaculate. The back seat appears to be unused and there is no
evidence of wear on the front seats. This was originally a Canadian market Jaguar, so the speedometer is in KM/H as
well as MPH, and the odometer reads 14,000 kilometers. The Canadian car differs from a US car by the speedometer,
and by having headlight washers. The Vanden Plas is the most luxurious XJ model of its time and is fitted with
every luxury feature as standard. Notice also the folding picnic tables to the rear and as-new mouton rugs in each
footwell. Featured in Topaz Metallic with Parchment leather, this Jaguar is in showroom condition. The 5.0L 290HP
V8 engine and 5-speed OD automatic gearbox deliver sparkling performance. This car is truly unrepeatable.