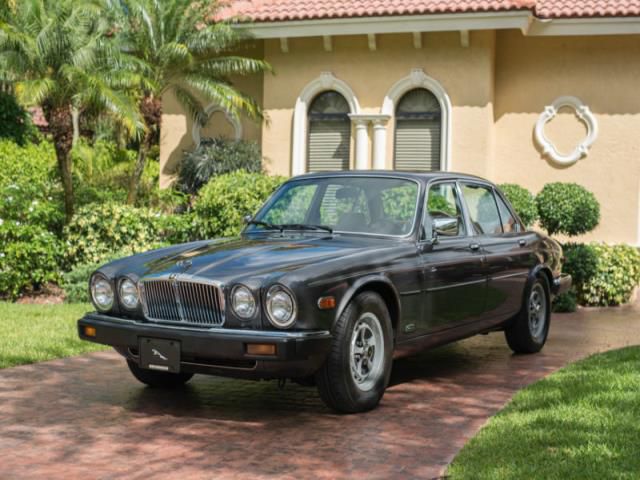 Car is orginal and has been meticulously maintained and garaged since new. Car was purchased new in West Palm Beach Florida in January 1986, it comes with the original purchase agreement, I am the 3rd owner. I have the original wool Jaguar mats, as well as the original rims with Pirrelli P 5 in storage. Purchased correct reconditoned Jaguar rims and new correct Pirrellis and that is what you see on the car now. Car was $36,000 in 1986 interior is near perfect and smells like new the paint is original and looks very good for being 30 years old, not many like this left . If you are a Jaguar enthusiast this is one of the nicest Series III you will find. Gets a lot of attention at car shows becuase of its originality.
I will do my best to answer all questions as soon as possible. E-mail for contact : prgcangelosibombard@netzero.com

There are a great many things we love about the Jaguar F-Type, but one of them is that, whatever price point you're looking at, there's an F-Type for you. (Well, not any price point... this is a Jag we're talking about, but pricing varies greatly.) Got $65k to spend? That'll get you into a base F-Type V6 coupe, and you'll likely be happy for it. Eighty grand will get you into an F-Type V6 S, $90k into a V8 S roadster, and a cool hundred grand will get you the top-of-the-line F-Type R coupe. But what if you want to spend more than that? What if you've got more like $165,000 in your pocket and it's burning a hole when it should be burning rubber?
Well we've got good news for you, friend, because that's exactly how much the exclusive F-Type Project 7 will set you back. Making its US debut during Monterey car week, Jaguar has announced that the most exclusive version of its two-seat sports car - revealed in production spec just recently at the Goodwood Festival of Speed - will cost $165k in the US (plus the standard $925 delivery charge). That's roughly the price of an F-Type R and a base F-Type V6.
For all that scratch, you get an open-top roadster with 575 horsepower on tap - more than any production road car Jaguar has ever made before, and that includes the XJ220 and ultra-rare XJR-15 supercars. The most potent version yet of Jaguar's ubiquitous and long-serving 5.0-liter supercharged V8 is enough to send Project 7 to 60 in 3.8 seconds and on to an electronically limited top speed of 186 miles per hour.