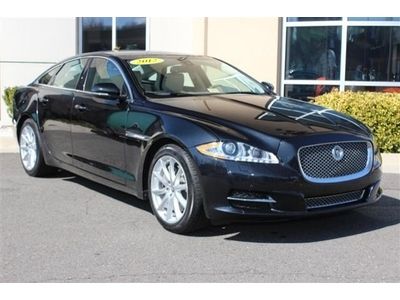 Take a trip down Jaguar's memory lane with Xcar

For decades, Jaguar has been a company of two minds. On one hand, there are its luxurious, British saloon cars. They might be quick, even sporty, but when it comes down to it, they usually put a focus on comfort and accommodations above all. On the other hand, Jag has its sports cars to really get its buyers' blood pumping. Think about it: the XJ might look pretty sweet, but you know deep down that you would rather take the F-Type for a spirited drive, reveling in its snorty exhaust note. In its latest video, Xcar Films takes us on a very enjoyable history lesson covering some of the Brit brand's most exciting models ever.
Xcar hits all of the highlights, starting with the often-overlooked C-Type from early '50s with its somewhat bulbous shape. Things then progress to the drop-dead gorgeous D-Type. The one in this video is actually the first ever made and therefore worth a fortune. Because of that, the host isn't really able to get too aggressive, but it's fantastic to get an idea of what it's like to experience being behind the wheel of this icon. Finally, it ends with a Series 1 E-Type. This was when the classic model was still something of a sports car; instead of the grand tourer that the E-Type became in its later days.
All three of these cars are legends in their own right, and maybe one day the F-Type could be too. Scroll down for a history lesson on some of Jaguar's best sports cars.