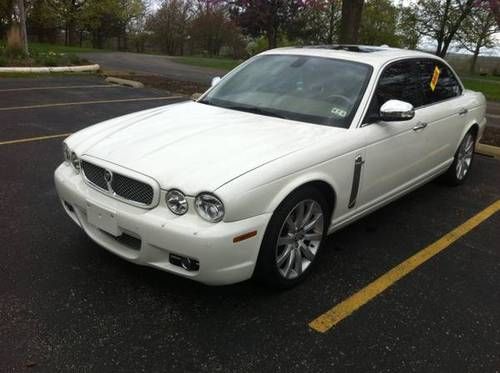 Selling a Wonderful 2008 Jaguar XJ Vanden Plas Fully loaded inside and out, Includes great features such as, navigation, leather

seats, back-up sensors and MUCH MUCH More! The car is originally from Texas their is NO Rust or Salt damage on the vehicle clean
title in hand! A Great runner with a 4.2 V8 it has a kick as well as luxury. Arrive to any event in style.. Selling the car for only one
reason because i have bought a 2012 Jaguar XJ and I don't need to have two of them! who ever purchases this vehicle will enjoy the
luxury the power and the comfort of the best luxury cars on the market! Beats any BMW 7 series or Audi A8 Trust me you can give
us a call at 815.272.1654 0r 815.212.4711

Why Ask Questions When You Already Know The Answer?
"Is it fast?"
We get that question a lot. Several times a month, in fact, and it comes from every corner of our lives - friends, family, complete strangers and even colleagues from time to time. And it's an understandable query. After all, speed, either in a straight line or around a twisty bit of tarmac, is a universally accepted line of demarcation between the typical family sedan and something much more fun and therefore desirable.