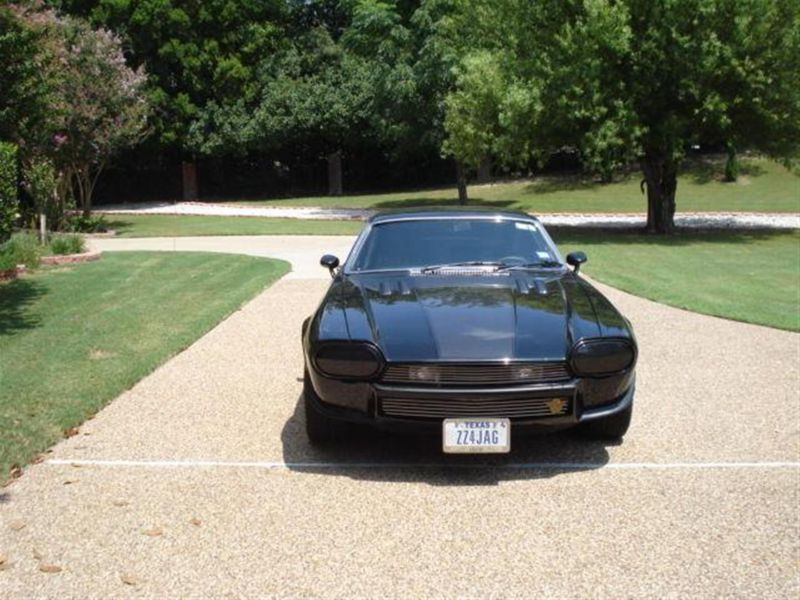 THIS WAS A GROUND UP BUILD WHICH TOOK 18 MONTHS. EVERY MOVING PART HAS BEENREPLACED WHEN BUILT. THIS IS THE FIRST TIME OUT OF THE GARAGE IN EIGHT MONTHSAND I APOLOGIZE FOR THE DUST ON IT. THE PAINT IS FLAWLESS, LIKE DAY ONE! THEREIS TOO MUCH TO SAY ABOUT THIS CAR SO I WILL TELL YOU JUST THE BASICS. IT IS THEONLY ONE, BUILT FOR ME 20 YEARS AGO. I PUT EVERY MILE ON IT, 52,200 MILES. ITSTAYS PARKED FOR YEARS AT A TIME , I AM GETTING OLDER AND HAVE DECIDED TO SELLIT. IT WAS ON THE COVER OF “JAGUAR MAGAZINE” THAT GOES ALL OVER THE WORLD.IT RUNS , FEELS, SHIFTS AND DRIVES LIKE BRAND NEW. EVERYTHING WORKS EXCEPT THECRUISE CONTROL WHICH NEEDS SOME LOVING. 1: NEW WHEN BUILT G.M. ZZ4 V8 ENGINE (THAT WAS THE BEST OF THE 350’S ROLLED INTO ONE) WITH ROLLER ROCKERS, ROLLERCAM, MILLED ALUMINUM HEADS , TUNED PORT INJECTION, SHAVED AND POWDER COATED RAMHORNS AND HIGH PERFORMANCE CHIP. TRANSMISSION IS A TURBO 400 BUILT BY DAVE’SAUTOMATIC RACEING TRANSMISSIONS AND IT HAS A 2500 RPM STALL CONVERTER. IT ALSOHAS INBOARD REAR DISK BRAKES AND FOUR REAR COIL SPRINGS AND SHOCKS.THE REAR SUBFRAME HAS BEEN REINFORCED SO AS NOT TO BREAK IF YOU SHOULD DO A “POWER STARTAND MAKE SOME TIRE SMOKE,” HAS BOLA STAINLESS 3 INCH EXHAUST WITH FOURMUFFLERS. AIR CONDITIONER STILL BLOWS ICE COLD. 2: BODY IS TOTAL CUSTOM, SHAVEDBUMPERS, STEEL ROLL PANS FRONT AND REAR, MODIFIED SIDE BODY LINES, TOTALLYDIFFERENT FROM A STOCK CAR, CUSTOM BUILT DECK LID, XENON HEAD LAMPS AND HIGHBEAM RUNNING LAMPS AND CUSTOM MADE GRILLES. 3: PAINT IS BMW PEARL BLACK, WITHPEARL GREY ACCENTS ON SIDES AND HOOD. PAINT IS GLASSURIT AND IS 20 YEARS OLD,THE WORLD’S BEST. IT IS STILL LIKE DAY ONE! 4: INTERIOR IS TOTAL CUSTOM MADERIGHT DOWN TO THE EMBROIDED HEAD RESTS AND EMBROIDED FLOOR MATS. HAS SIX WAYDRIVERS SEAT ( NOT AVAILABLE IN 1983), CUSTOM BUCKET SEATS IN REAL TWO TONELEATHER. NO BAC

After stoking the hype with a theatrical-style trailer, Jaguar has finally released the full-length version of its mini-movie, Desire, to help kick off the new 2014 Jaguar F-Type. Starring Homeland actor Damian Lewis across from the lovely Shannyn Sossamon, the film has been turned loose on YouTube after an initial debut at the Sundance London film and music festival.
Shot in Chile's rather breathtaking Atacama Desert, Desire is described by the producers as being "A story of betrayal, retribution, passion and greed." Lewis plays the lead role of Clark, a high-end car delivery guy (great work if you can get it), who runs into an unexpected, sexy mystery when shuttling the lovely F-Type to the middle of nowhere. Who could have guessed?
We won't spoil any of the not-exactly-serious 13-minute plot for you; scroll down below to see for yourself if the theatrical pomp and circumstance is worthy of Jag's newest roadster.