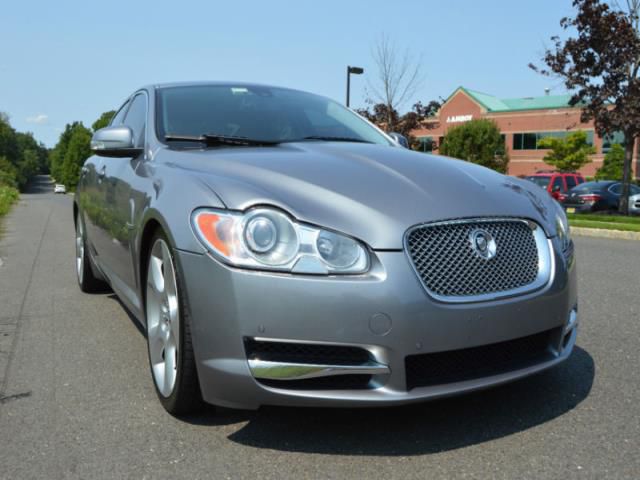 For sale is a Jaguar XF Supercharged is excellent condition. If you have any questions please feel free to ask.

RM Auctions is one of several houses holding auctions during the Monterey weekend, and Friday night's festivities got quite pricey. Seven-figure vehicles were not at all uncommon during the first day of the two-day event, with the 1953 Ferrari 375 MM Spider, seen above, crossing the block for $9,075,000.
Other big earners included a pair of rare Ferraris, a 1950 166 MM Barchetta and a 1955 750 Monza Spider, which took $3,080,000 and $4,070,000, respectively. Outside of the red Italians, a 1939 Mercedes-Benz 540K Special captured $7,480,000 while a stunning, color-appropriate 1955 Jaguar D-Type took $3,850,000. We've got images of these vehicles, and a few other stunning examples of last night's auction, in the gallery above.
Thought it seems impossible, tonight's auction is expected to see even more high-dollar action. The winner of the 2012 Pebble Beach Concours, a 1928 Mercedes-Benz 680S Torpedo Roadster is expected to command over $10 million. Also crossing the block will be a car we reported on a few weeks back - a supremely rare 1967 Ferrari 275 GTB/4 NART Spyder. One of only 10 in the world, it's expected to take anywhere from $14 to $17 million when it hits the stage tonight.

In an effort to target higher-volume vehicle segments, Jaguar is getting ready to introduce its first-ever crossover, and Autoweek reports that we could see it debut at the Frankfurt Motor Show in September. We've heard in the past that the new Jaguar crossover could carry the name XQ, but the report also mentions that the Q-type name is still in the running (now wouldn't Audi just love that?).
A little more clear than the crossover's name, AW says the cargo-friendly Jaguar should ride on the same platform as the upcoming Jaguar XS compact sedan rather than using a Land Rover platform. As for the on-sale date, it still sounds like the XS will hit the roads first in 2015 with the crossover model due out in 2016.