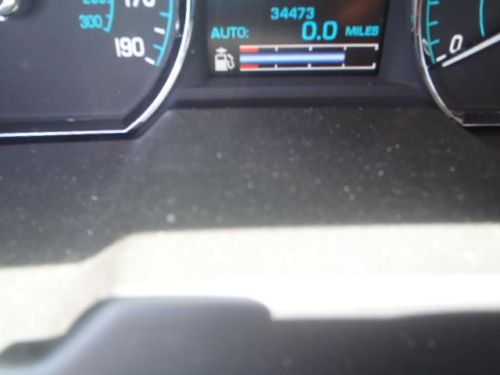 After stoking the hype with a theatrical-style trailer, Jaguar has finally released the full-length version of its mini-movie, Desire, to help kick off the new 2014 Jaguar F-Type. Starring Homeland actor Damian Lewis across from the lovely Shannyn Sossamon, the film has been turned loose on YouTube after an initial debut at the Sundance London film and music festival.
Shot in Chile's rather breathtaking Atacama Desert, Desire is described by the producers as being "A story of betrayal, retribution, passion and greed." Lewis plays the lead role of Clark, a high-end car delivery guy (great work if you can get it), who runs into an unexpected, sexy mystery when shuttling the lovely F-Type to the middle of nowhere. Who could have guessed?
We won't spoil any of the not-exactly-serious 13-minute plot for you; scroll down below to see for yourself if the theatrical pomp and circumstance is worthy of Jag's newest roadster.