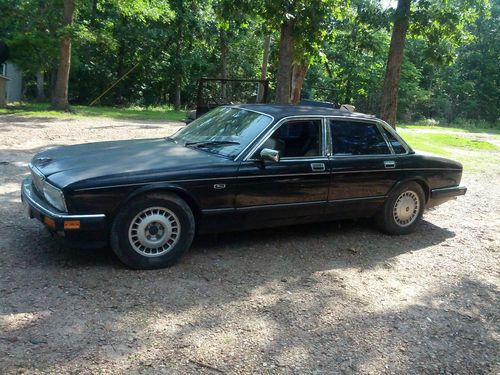 Selling a 1993 Jaguar SRS with a 4.0 liter straight 6 engine and auto trans. This car has many cosmetic defects and was not treated well on the interior but it still runs and drives. The catylitic converters seem to get hot after running awhile. I'm selling it for parts or restoration. The price is real cheap considering the high cost of parts for these cars. I've seen the engines alone sell for over $1000. I have a good title. Ask questions if you like. Full payment is due in paypal within 5 days of auction end. Car will need to be trailered. thanks for looking. malenurse61