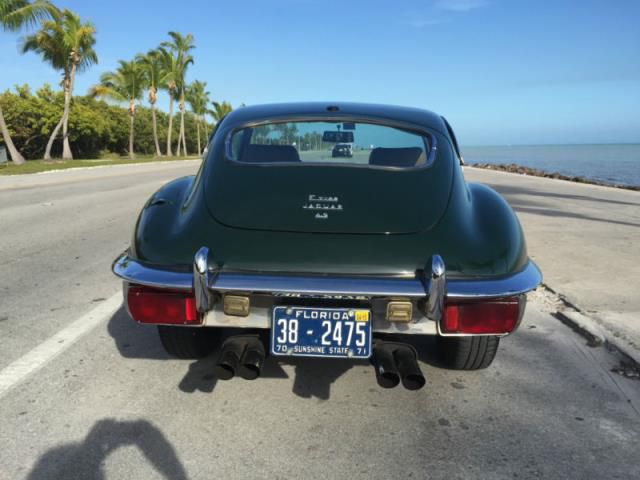 Beautiful, well-cared-for 1971 Jaguar E-Type FHC coupe. British Racing Green, 4-speed transmission, matching numbers, retrofitted with AC, wire wheels. Biscuit leather interior, wood steering wheel, satellite radio. Comes with original tool kit, original manual. The twin Stromberg carburetors were replaced with 3 SUs. The face of the satellite radio in the photo is not broken or cracked. It's just the way the light hit it when I snapped the picture. In addition, the paint is not original. It was this color when I bought it, so I don't know when it was repainted. I am the second owner of this car. The original owner had it for 40 years until his death.