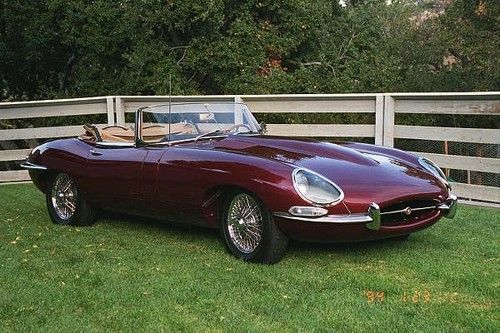 I need to make room in the garage for a new project and have decided that I will be selling the XKE.

More photos to come. I just wanted to get the listing started.

I bought the car restored a few years ago. I had another paint job done to base coat./clear coat. The car runs excellent. Everything has been rebuilt or replaced. Vredestein tires. 3. 8 litre original engine. Used very sparingly and never driven on any day but sunny. I don't think I have ever put the top up, to my recollection.