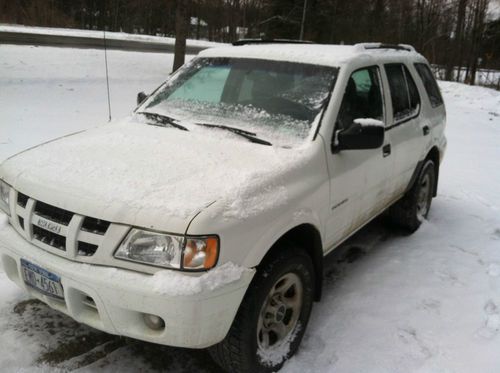 BLOWN MOTOR.  This vehicle recently has a blown motor, due to unknown oil loss due to loosening bolts on the motor casement.   The vehicle is an originally owned vehicle, bought as a left over in 2005.   Has 4 fairly new Cooper D/S Coverer ATR tires with good tred, 17".    Vehicle has little surface rust, and is fairly clean with normal wear.   Also has a towing package.

Vehicle will be sold AS IS, and the transportation to final destination is the soul responsiblity of the buyer.   Have local references, upon request, that may or may not help in arranging transporation, depending on location and distance, for a fee.

Ideal for parts replacement, or restoring with a used or different motor.   Unknown if motor can be rebuilt.  Vehicle sold AS IS, with a BLOWN MOTOR.  Vehicle does not start or run.