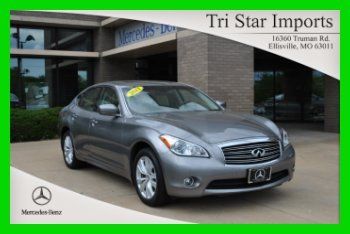 Grand Prix of the Americas, Day 1 Recap: a city arose in the fields, and it was good

The Circuit of the Americas is the miracle in the fields, the track that no one thought would be finished in time to hold its appointed race. But the Texans got past the turmoil, and even though the heavy machinery was still working on dirt roads as July, come November 18 there was a beautiful, and completed, Formula 1 facility for Travis County to call its own. It was dusty, sure. But it was done, and F1 could come to town.
Infiniti, sponsors of Red Bull Racing, invited Autoblog to watch the first grand prix in America since 2007, and the first GP on a dedicated F1 course since the Phoenix street circuit in 1991. Here's a little recap of what we saw and fount out on day one.