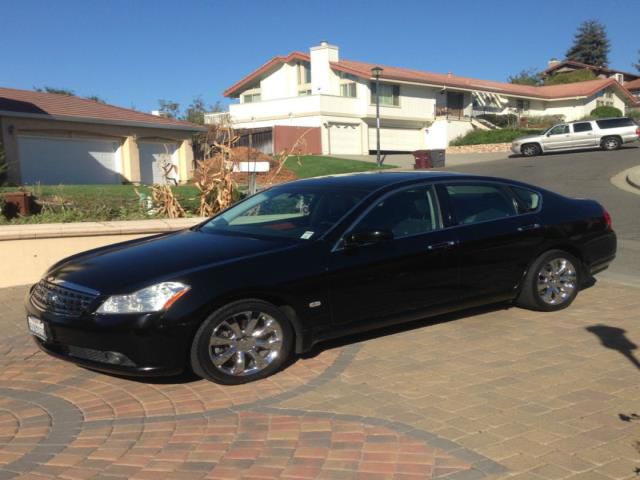 This is 2006 Infinity M35 in great condition for sale. black color, the inside is leather and wood trim. It has bluetooth, CD player, sunroof. It has a small scratch on the back of the car. If interested, contact me 510-907-0025 to set up an appointment to look at it and test drive it. Serious buyers only. The blue book value is $11,500. But I need to sell asap and that's why I'm selling it low. I'm ready to sell and transfer the registration to your name. Price $10,900