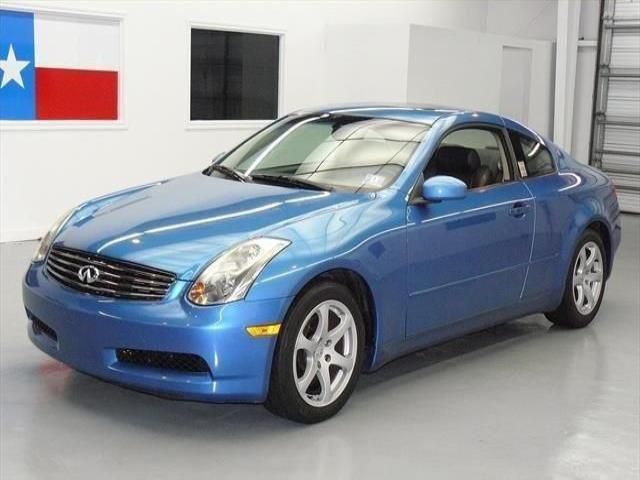 2003 Infiniti G35 coupe in beautiful Caribbean Blue with black leather interior. Low mileage, has many desirable features, sporty, and very fun to drive! This was one of my 'dream cars' - I will miss it but needed a 4-door pickup for hauling family and cargo. I have had this car for over two years and maintained it well; I was able to obtain dealer service records for the vehicle going back to when it came off the new car lot in 2003, so I know it's been well taken care of.

A quick look at a scatter plot that charts rear legroom against luxury sedan MSRPs reveals a dearth of spacious bargains - few, if any, luxury sedans offer exceptionally spacious rear accommodations at a relatively low starting price. To fill the vacuum, Infiniti has made its Q70 available in a Q70L variant - in English, long wheelbase - for 2015.
The artist formerly known as the Infiniti M has been available in stretched-out form in the Chinese market for two years, and the US introduction is accompanied by several updates that include slightly reworked styling cues, and refinements to the drivetrain and chassis. The Q70L's wheelbase extends 5.9 inches (with a commensurate expansion of knee room), while overall length increases to 202 inches, a 7.3-inch bump. Powertrain options include a 3.7-liter V6 which produces 330 horsepower and 270 pound-feet of torque (starting at $51,350), or a 5.6-liter V8 that yields 420 hp and 417 lb-ft (and climbs to $64,550). The long-wheelbase treatment adds $1,500 to Q70 MSRPs. Not surprisingly, the Hybrid version is not available with the L treatment.
Up to three Q70L rear passengers are treated to reading lamps, a 12-volt power outlet, rear door close assist, and available heated seats. Unlike its Far Eastern counterpart (and competitors like the $61,500 Hyundai Equus), the US-spec Q70L's rear seats don't recline. Bummer.