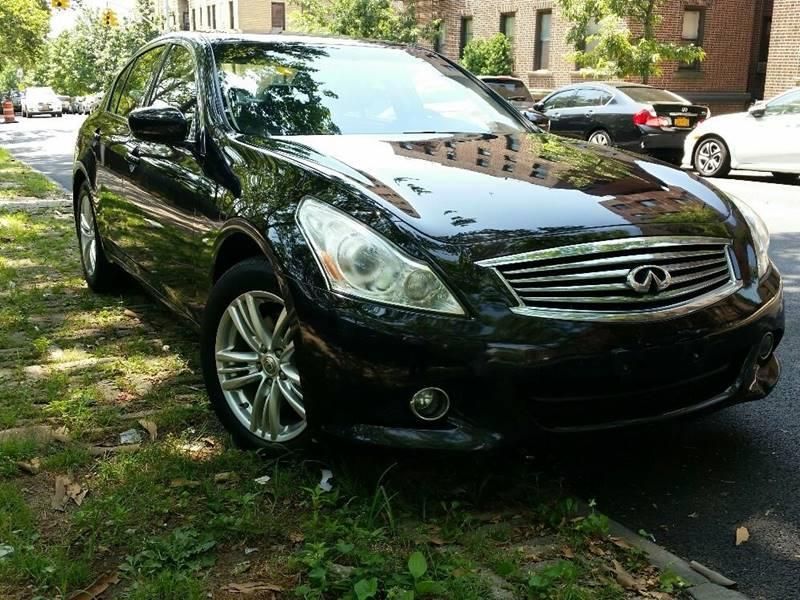 For more information or if you have any further questions please don't hesitate to contact us: 917-520-7452 . Text for the quick response

With the 2014 Infiniti Q50 going on sale this summer, Infiniti has finally released pricing for its all-new and newly named sedan. In base form, the Q50 will start at $36,450 (*including $905 for destination and handling), which represents a drop of $900 compared to the current G37 Sedan.
In standard form, the Q50 is available in base, Premium and Sport trim levels with each offering the option of all-wheel drive for an additional $1,800. All gas-only Q50s come with the automaker's excellent 3.7-liter V6 engine, but stepping over to the Q50 Hybrid gets you a smaller 3.5-liter V6 paired with an electric motor. The Q50 Hybrid, which is available in Premium and Sport trim levels only, will begin at $43,700 for a rear-wheel-drive Sport model.
Potential buyers who preorder and ultimately purchase a Q50 during the unspecified "program period" will also get a free iPad mini. Scroll down for the official press release breaking down all trim levels and price points.