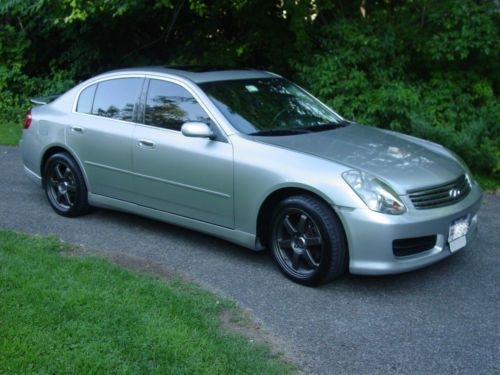 "If we built this car I would expect it to feature over 500 horsepower and 600 pound-feet of torque."
Eau Rouge is a notoriously difficult turn at Belgium's Spa-Francorchamps Circuit that is capable of striking fear into the hearts of the most hardened driver. Naming a car after something so terrifying, therefore, strikes us as a rather poor idea.

Infiniti has officially confirmed news we broke last month about its G37 sedan - that it will live on in showrooms alongside its erstwhile replacement, the 2014 Infiniti Q50, a model that goes on sale this week. And it's sticking around for quite a while - it will be sold through the 2015 model year.
In order for the G37 and Q50 to not rub shoulders, Infiniti is rolling out an amended G lineup, complete with lowered pricing. The G37 will stick around in Journey and all-wheel drive trims, both powered by the same 3.7-liter VQ-Series V6 engine, and only two option groups will be available, Premium and Navigation. The 2014 G37 Journey will start at $32,550, while the G37 Sedan AWD will run $34,150 (both are subject to a $905 destination fee).
The 2013 G37 had been priced from $38,255 delivered as of earlier this week, so the price drop is significant, likely bringing the base MSRP more in line with where transaction prices had been on the aging model. The new pricing, which takes effect August 6, should also allow the G37 gain consideration amongst shoppers of smaller-engined rivals like the BMW 320i while the Q50 waits on a turbocharged four-cylinder and diesel engine from Daimler. For comparison's sake, the larger, more tech-rich Q50 will start at $37,605 delivered.