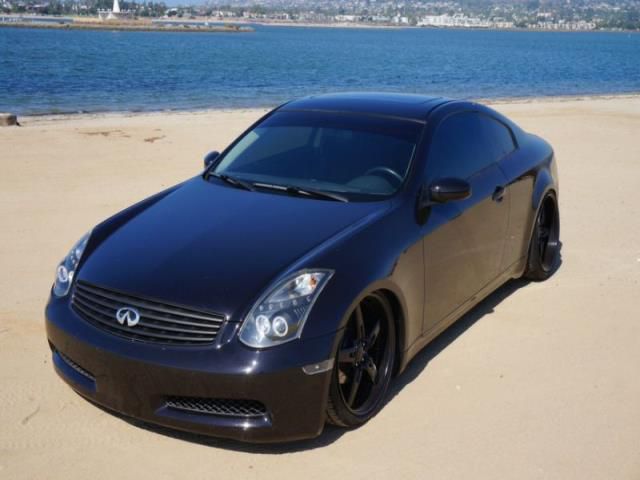 2003 G35 Navigation Air Bags VIP This is a one of a kind G35. It has a dual compressor set up for fast tank fill up. Dinomated trunk to reduce noise. Paint is still under warranty. All services records from infinti. All service outside of oil changes done at dealership. 20 inch rare Maya wheels, and a set of stock wheels and extra tires. Trunk lid is all metal, no fiberglass or urethane. Leather is in good condition, with one small tear maybe 2 inches, I can send a picture if needed. I am the second owner bought car from family member after it came of lesae. This car is in great condition, washed weekly and garage kept. Must See!