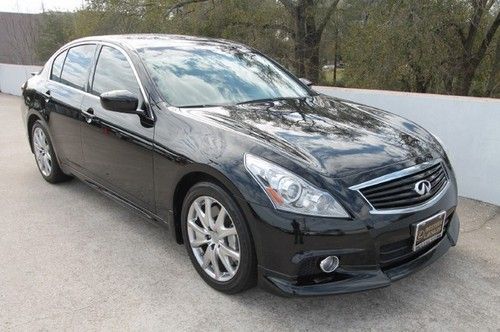 Infiniti all but certain to produce Q50 Eau Rouge [w/video]

These pages are full of projects that automakers have tried to get moving but never quite managed to. And Infiniti has had its fair share, particularly when it comes to high-performance models. It's tried to drum up excitement with the Infiniti Performance Line and with its partnerships with Red Bull Racing and its star driver, but models like the G37 IPL and FX Sebastian Vettel edition never amounted to a real challenge to the likes of Mercedes-AMG and BMW's M division. There was talk of a sedan version of the Nissan GT-R to wear an Infiniti badge, but those rumors amounted to even less. The Q50 Eau Rouge, however, could finally be the ticket.
The concept debuted at the Detroit Auto Show a few months ago without an engine (or at least not one we were made aware of) but with all manner of carbon-fiber aerodynamic components. It then rolled in to Geneva with the beating heart of the GT-R - a 3.8-liter twin-turbo V6 tuned to 560 horsepower and 442 pound-feet of torque - and arrived in Beijing earlier this week in an even more evolved form. And according to the chatter coming out of China (whose financial hub of Hong Kong, incidentally, serves as Infiniti's home base), it's all but certain to be approved for production.
"At this stage it would take more to stop the car getting made than to start things," says Auto Express, citing an unnamed source. The finished product would look much like the versions we've seen until now, and while it would be available in an array of colors, that metallic blood red could emerge as Infinit's signature performance color.

Infiniti has released full pricing information for its new 2014 Q50 line, which, as you're probably aware, replaces the well-liked G-series sedan. You may be wondering why this is news, as Infiniti announced pricing for its new Q50 sedan back in March. Apparently, though, those earlier prices applied only to the special pre-sell offer announced earlier this year and are only good for cars ordered by October 31, 2013.
Starting in November, base 2014 Q50 models with the automaker's 328-horsepower 3.7-liter V6 engine will begin at $37,605 (*including a $905 destination fee), while the sportier Q50S model will begin at $44,105. Adding all-wheel drive to either model costs an additional $1,800 over the standard rear-wheel-drive models. Regardless of engine or whether it's rear- or all-wheel drive, the Q50 comes with a seven-speed automatic transmission.
Opting for the 2014 Infiniti Q50 Hybrid will get the buyer a powertrain consisting of a 3.5-liter V6, a 50kW electric motor and a lithium ion battery that offers up a total power output of 354 hp and a highway fuel mileage rating of 36 miles per gallon, all for a starting price of $44,855, which includes the Premium group. The most expensive version of the new sedan is the Q50S Hybrid with all-wheel drive. That model carries an MSRP of $49,055.