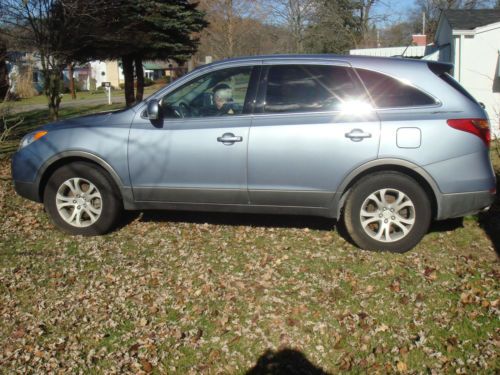 According to Reuters, the National Highway Traffic Safety Administration has launched a preliminary evaluation of the 2013 Hyundai Santa Fe after receiving two complaints of broken front axles on vehicles with fewer than 5,000 miles on their odometers. Naturally, a broken axle could result in the loss of control of the vehicle, especially if it occurs at high speed. It's not immediately clear if the investigation centers on the five-seat Sport, the seven-seat model or both.
No actual recall has yet been issued, and "no safety defect has been identified," according to a statement Hyundai released to Reuters, which added, "Hyundai will, of course, take any actions necessary to ensure the safety of our customers if the information gathered during the investigation indicates that action is appropriate."
We suppose you could sum up the report this way: 2013 Santa Fe owners, stay tuned.