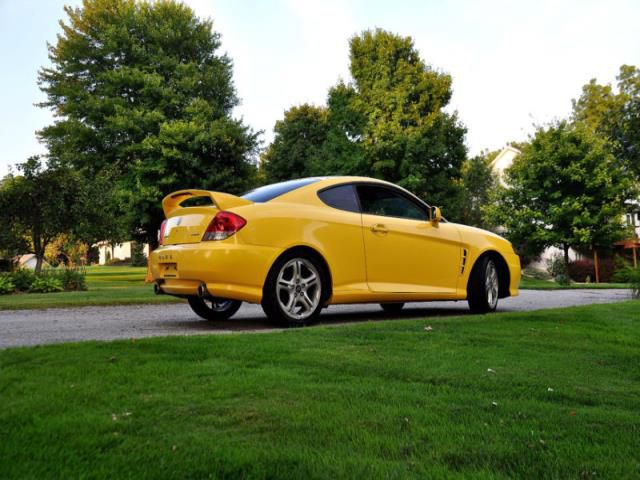 You are looking on the great looking and fun driving car.

Hyundai is expanding a recall we reported on a few weeks back regarding some 2009 to 2012 Genesis Sedans. In our earlier post we mentioned some 40,000 units were affected, but that only 27,500 were covered under the original, voluntary recall.
Now, the recall has grown, according to the National Highway Traffic Safety Administration, with Hyundai asking the owners of 43,500 affected vehicles to report in for service. The issue relates to brake fluid that doesn't prevent corrosion of the hydraulic electronic control unit, a problem that has led to 23 complains, a documented crash for one owner and another owner losing control of their vehicle.
Owners of the affected sedans are being notified by Hyundai and asked to report to dealers to have the brake fluid replaced. Naturally, the work will be done free of charge. Take a look below for the official NHTSA bulletin.

Hyundai i20 shows what brown can do for you [w/video]

With the latest generation of the i20 at the 2014 Paris Motor Show, Hyundai continues to shake off its old image in Europe as a maker of cheap, unstylish little penalty boxes. This five-door hatch has to fit into the crowded, compact hatch market over there against popular entries like the Ford Fiesta and Volkswagen Polo - a high bar for success. But the Korean automaker claims that its latest vehicle is up to the task because it's designed in Europe specifically with European buyers in mind.
The new i20 takes a small step a bit more upmarket with features like LED front and rear lighting and a rearview camera. However, the biggest change is the jump in interior room, though. The wheelbase is two-inches longer than before, and the growth gives the hatch best-in-class legroom and cargo capacity with the rear seats up, according to Hyundai. Rounding out the improvements is an available panoramic sunroof that the company also believes is unique for the segment.
For the Paris show, Hyundai made the i20 extra sweet by covering it in a chocolaty shade of brown to look like a little French confection on the show floor. Scroll down for all of the details about it, and for the impossibly epic launch video.