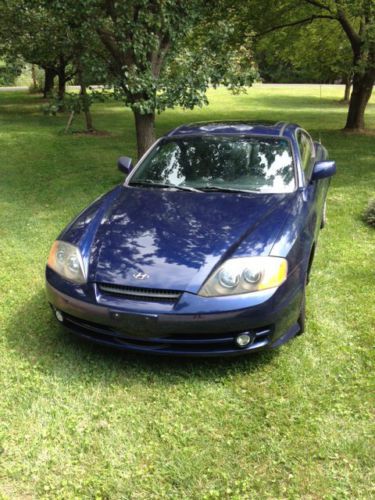 With expected pomp and circumstance, but short of a marching band, Hyundai delivered its first Tucson Fuel Cell crossover to the Bush family in Southern California on Tuesday. Dave Zuchowski, president and chief executive officer of Hyundai Motor America, was on hand to officiate along with an array of other government officials, including California Air Resources Board chairman Mary Nichols. The automaker is touting the emissions-free vehicle as the "world's only mass-produced fuel cell vehicle" as it travels down the same assembly line as the other Tucson models - its production is scalable, based on demand.
The Tucson Fuel Cell replaces the standard model's 2.4-liter, four-cylinder, gasoline combustion engine with a 100-kW fuel cell stack, which sends power to a 100-kW (134 horsepower and 221 pound-feet of torque) electric motor driving the front wheels. A 24-kW battery pack, shared with the Hyundai Sonata Hybrid, is used for storage. The vehicle earns the customer a combined 50 MPGe, while earning the automaker up to $130,000 through California's ZEV credit system.
As the hydrogen refueling infrastructure is extremely underdeveloped, Hyundai will initially only offer the Tucson Fuel Cell on a lease program to customers in the Los Angeles/Orange County areas, where it has approved six stations with the 700-bar (WEH TK17 pistol-grip nozzle) pumps. The automaker has packaged the program with a $2,999 drive-off, with payments of $499 per month for 36 months. To nearly eliminate operating expenses, the automaker is throwing in "unlimited free hydrogen refueling" (keep in mind that the leasee is only contracted to 12,000 miles each year, so that will put a cap on how much free fuel flows from the pump) along with the company's At Your Service Valet Maintenance at no extra cost.