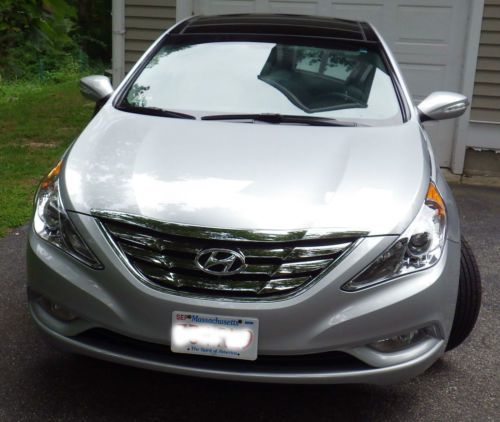 John Krafcik stepping down as Hyundai CEO, replaced by VP of sales

Hyundai Motor America has announced that its affable president and CEO, John Krafcik, will be stepping down from his post on January 1, at the completion of his contract. He'll be replaced by the current executive vice president of sales, David Zuchowski.
Krafcik has helmed Hyundai through a product renaissance that's seen the Korean automaker go from budget afterthought to household name in less than a decade, launching stylish new models and expanding into new markets. "On behalf of Hyundai Motor Company, we sincerely thank John for his visionary leadership and relentless pursuit of customer satisfaction, which has driven Hyundai's record growth over the past five years," said Im Tak Uk, the COO and executive vice president of HMA's parent company, Hyundai Motor Company.
"It's been a sincere privilege and honor to lead Hyundai Motor America over the past five years, and I am confident that with Dave's succession, our brand will continue to expand and thrive for years to come," said Krafcik in a Hyundai press release, available below. "We have many of the best and brightest employees in the business coupled with a committed and talented dealer network that will continue to pay dividends."

The Dude abides, but his deep voice is going to be coming from your TV a little less. After seven years of his earthiness, laid back actor Jeff Bridges is no longer the voice of Hyundai in the brand's advertising. He has been replaced by comedian Paul Rudd who is already narrating the new commercial for the 2015 Hyundai Sonata.
"We were looking for a voice that could be recognizable and relatable to a new generation of car buyers," said Steve Shannon, vice president of Marketing, Hyundai Motor America, in the company's announcement of the deal. "Rudd can be serious, humorous, informative and entertaining all at the same time."
According to Hyundai spokesperson Derek Joyce speaking to Autoblog, the deal with Rudd goes for the next three years. "He's our tier one voice, and that's going to affect tone" in the company's ads," Joyce said. The first spot with Rudd is titled Co-Pilot, and it stars a backseat driver losing out to the Sonata's navigation system and safety features at every turn. Rudd isn't physically in the commercial but does the ending voiceover. The company wouldn't say when the next ad with the new pitchman might debut.