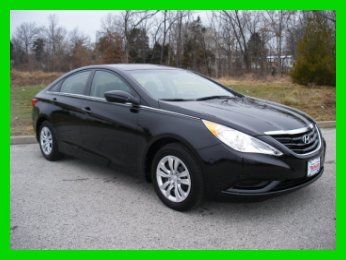 I just couldn't bring myself to lead this post with the image you see on the right. The winter months have not been kind to our matte gray 2013 Hyundai Veloster Turbo, and since you can't just run the thing through your local car wash, our oddly shaped little hatchback has spent more days dirty than clean. It breaks my fleet manager heart to see one of our test cars covered in schmutz so frequently, but let's be honest - the last thing anyone wants to do when it's 12 degrees Fahrenheit outside is play with a hose and spend a good amount of time hand-washing a car.
Moral of the story: If you live in a cold-weather state where you expect to get regular doses of the white stuff, matte paint probably isn't for you. Not to worry, though, as the Veloster Turbo is offered in plenty of pretty, car wash-friendly colors.
We'll have a lot more to talk about regarding the Veloster's cleanability in forthcoming updates, and we're even planning a trip to the Dr. Beasley's office - the company that created the special matte paint detailing kit for the Hyundai - to have their experts show us how it's done. For now, let's spend some time talking about what we've learned about the turbocharged hatch during its honeymoon phase here in the Autoblog Garage.