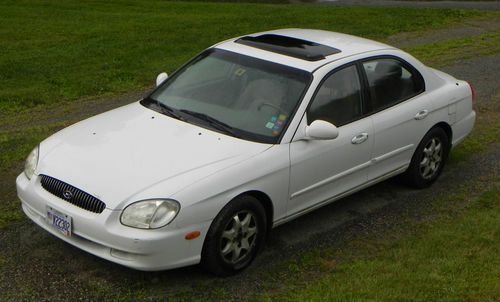 John Krafcik stepping down as Hyundai CEO, replaced by VP of sales

Hyundai Motor America has announced that its affable president and CEO, John Krafcik, will be stepping down from his post on January 1, at the completion of his contract. He'll be replaced by the current executive vice president of sales, David Zuchowski.
Krafcik has helmed Hyundai through a product renaissance that's seen the Korean automaker go from budget afterthought to household name in less than a decade, launching stylish new models and expanding into new markets. "On behalf of Hyundai Motor Company, we sincerely thank John for his visionary leadership and relentless pursuit of customer satisfaction, which has driven Hyundai's record growth over the past five years," said Im Tak Uk, the COO and executive vice president of HMA's parent company, Hyundai Motor Company.
"It's been a sincere privilege and honor to lead Hyundai Motor America over the past five years, and I am confident that with Dave's succession, our brand will continue to expand and thrive for years to come," said Krafcik in a Hyundai press release, available below. "We have many of the best and brightest employees in the business coupled with a committed and talented dealer network that will continue to pay dividends."

If the Super Bowl were Las Vegas, Hyundai would be considered one of its whales. The South Korean automaker will be advertising for the sixth straight year during The Big Game, and this time it's rolling up with five spots, four of them new. The new 2013 Santa Fe gets the star treatment, featuring in three of the spots, but the theme throughout is using "a Hyundai vehicle as the ultimate sidekick and partner-in-fun."
The four brand new commercials are:
Epic PlayDate - the headliner, uses the Santa Fe for "an unforgettable and epic play date" and features a brand new song from "a legendary alternative rock band."