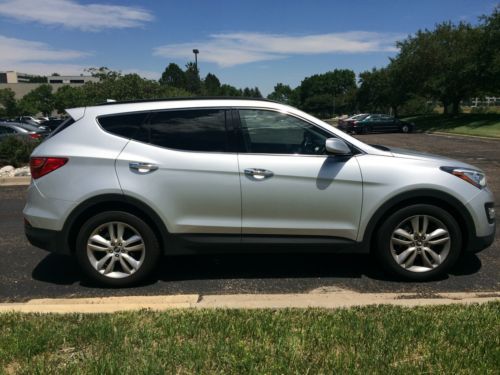 Hyundai has dropped a pair of videos detailing the facelifted 2014 Equus ahead of the luxury sedan's official debut at the New York Auto Show later this month. New adaptive LED headlamps are matched with redesigned LED taillamps, along with new 18-inch alloy wheels at all four corners (19s are optional). Buyers will get to enjoy a card-type smart key and a shift-by-wire gear change indoors. More importantly, the vehicle's forward cabin is now dominated by a 9.2-inch screen mounted in the center of the dash.
The old analog gauges have also gone by the wayside in favor of a new TFT LCD display. Mechanically, the 2014 Equus will continue to offer a standard 3.8-liter V6 engine or an optional 5.0-liter V8, depending on the market (the US-spec car is currently only available with the V8). The vehicle can be configured with a total of three driving modes, including Normal, Snow and Sport, which can adjust multiple systems, including the vehicle's electronic dampers. You can check out two computer-generated videos of the four-door below.