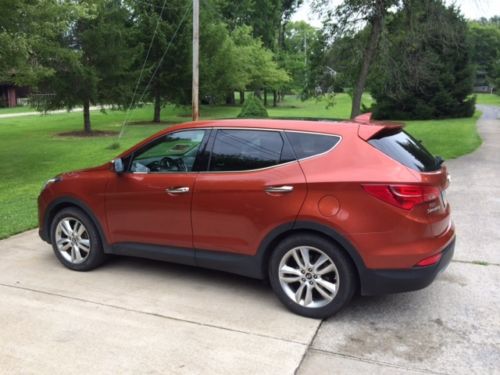 There are plenty of things that can go wrong in a car, some more vital than others. Automakers try their best to make sure they don't, but things slip through, like the shift cables on the Hyundai Sonata.
Hyundai and the National Highway Traffic Safety Administration have found that, on 883,000 units of the MY2011-2014 Sonata manufactured between December 11, 2009, and May 29, 2014, the shift cable in the transmission is prone to detach from the shift lever. As a result, the gear indicated and the gear engaged might not match, which could set the vehicle in motion unexpectedly. Worse than that, the Park position might not engage altogether, and without the hand brake pulled, that could lead the car to roll away without warning.
In an entirely separate recall affecting a much smaller number of 2015 Sonatas, Hyundai has found that the front brake calipers could fracture. This second recall affects a relatively small 5,650 units manufactured between April 25 and June 16, 2014.

It's been well over a year since Hyundai revealed its initial prototype for the i20 WRC at the 2012 Paris Auto Show. Now it's revealed the final version (pictured above, complete with Shell Helix livery) and it's also announced the full team that will field it next year in the World Rally Championship, including Thierry Neuville and additional drivers Juho Hänninen, Dani Sordo and Chris Atkinson. That's plenty exciting for rally fans, but the news that caught our attention was buried deeper in the press release.
That is the announcement of Hyundai's new N performance sub-brand. Named after the company's R&D facility in Namyang, South Korean, the N brand "will be used to symbolize Hyundai's high performance technology," not just on the rally car but also "future mass-produced high performance cars" for the road. The WRC car wears the logo that we'd expect to represent that new cadre of performance Hyundais.
Having hinted at the emergence of a European performance sub-brand a couple of months ago, the Korean automaker hasn't revealed any further details on which those road cars might be, but promises to transfer lessons it learns from the rally stage to the marketplace. We're looking forward to finding out more, but a roadgoing i20 hot hatch would be a good first bet. Here's hoping the North American product lineup won't be left out.