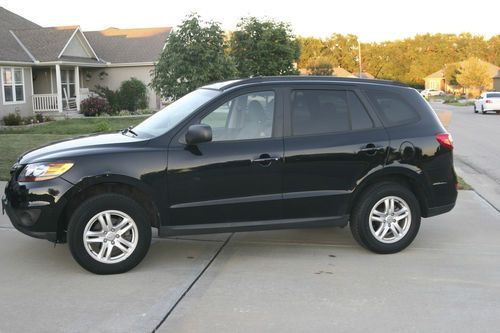 Condition: UsedA vehicle is considered used if it has been registered and issued a title. Used vehicles have had at least one previous owner. The condition of the exterior, interior and engine can vary depending on the vehicle's history. See the seller's listing for full details and description of any imperfections.Seller Notes:"Mechanical in perfect condition. A few cosmetic scratches from daily driving and usage. Small dent on front driver side fender and small crack in front driver side bumper from a cone that flew out of a truck on the highway."

Vehicle drives great and is in overall great shape besides the daily driving nicks and scuffs.  Also the small dent/crack in front fender/bumper area.  This would be an easy fix for anyone who knows what they are doing.

Vehicle has low miles, just over 50,000.  Majority of those miles are highway miles driving back and forth to work.  Has never been treated badly, off roaded and been in any accidents.  Clean title.  Oil was always changed accordingly, as well as usual maintenance.

Following an investigation launched by the National Highway Traffic Safety Administration earlier this week, Hyundai will reportedly recall 27,500 Genesis sedans due to braking problems. Roughly 40,000 Genesis sedans from the 2009 model year were originally under investigation, but this official recall affects vehicles from 2009 to 2012.
A Hyundai spokesperson told The New York Times that brake fluid may cause the brake control unit valves to corrode, which reduces braking power. Affected cars will have their brake fluid replaced, and if necessary, will have the control unit replaced, as well.
The original NHTSA investigation was launched after the government agency received 23 complaints from owners citing reduced braking power and increased pedal travel. One incident reportedly resulted in a crash, while another caused a driver to lose control of the car. NHTSA has not officially announced the recall as of this writing.

Hyundai celebrated a milestone yesterday when it sold the one-millionth Santa Fe crossover, which was the Korean automaker's first-and-only SUV when it was introduced in 2000. Hyundai credits the Santa Fe as being a key factor to the company's growth and success in the US, but it didn't describe the one-millionth Santa Fe or say where it was sold.
Before Hyundai introduced the crossover, which has been offered in short- and long-wheelbase versions from the start, it was primarily known for making inexpensive economy cars. Today the majority of Santa Fes are produced at its factory in West Point, Georgia, though they were previously made at the Hyundai Motor Manufacturing plant in Montgomery, Alabama. Today the Alabama plant makes Sonata and Elantra sedans. Hyundai says it will produce nearly 500,000 vehicles in the US this year, and will sell a total of 700,000 vehicles here.
Check out the press release below, for more details.