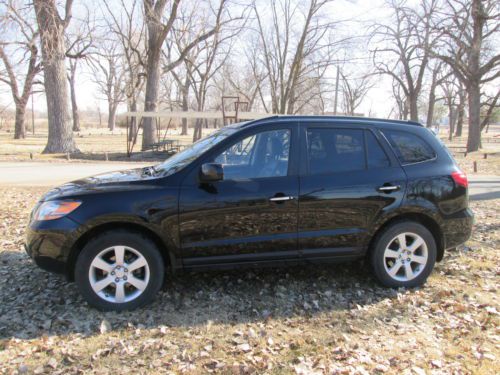 Hyundai has increased its quality by leaps and bounds in recent years, but we're not sure the Entourage minivan is the best representation of the brand. Essentially a rebadged version of the Kia Sedona, the Entourage has been out of production for about five years now, and it's evidently run into some trouble.
The problem apparently revolves around the suspension - specifically the front lower control arm - which could rust and fracture, particularly in snow-belt states. As a result, Hyundai and the National Highway Traffic Safety Administration have issued a recall for the Entourage from the 2007 and 2008 model years, the only two years it was sold in the United States.
The recall applies to some 15,500 units sold or registered in Massachusetts, Maryland, Michigan, New Hampshire, New York, Pennsylvania, Vermont, Wisconsin, Connecticut, Delaware, Iowa, Illinois, Indiana, Maine, Minnesota, Missouri, New Jersey, Ohio, Rhode Island, West Virginia and the District of Columbia. Hyundai will notify owners as to when they should bring their vehicles in for inspection before either rustproofing or replacing the components in question. What's interesting, however, is that the nearly identical Kia Sedona has not been subject to the same recall.