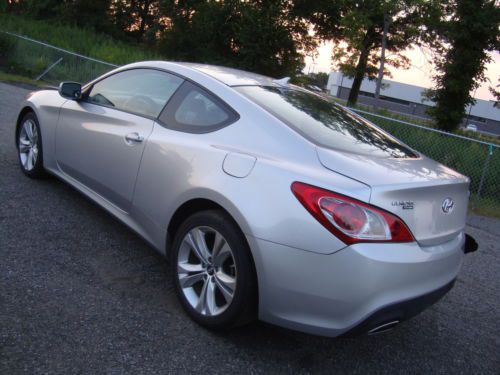 Back in December, one North Texas teenager received a quick lesson in car control at the hands of his 2011 Hyundai Elantra. Elez Lushaj called police, after he says his car accelerated to nearly 120 mph on Highway 183 unintentionally. Dispatchers urged the 16-year-old driver to try everything from turning the car off to standing on the brakes and putting the car in neutral, but Lushaj told them nothing was working. Flummoxed, police simply did their best to warn traffic away from the speeding compact with the hope that the car would eventually run out of fuel.
Before that could happen, Lushaj lost control on Interstate 30 after some 90 minutes as he attempted to avoid a semi truck. The Elantra rolled four times, leaving the driver conscious but with several broken bones. Police commended Lushaj for keeping the car on the road and away from population centers for as long as he did.
Hyundai, meanwhile, said that it hasn't heard anything on the case. Spokesperson Jim Trainor reported to WFAA that it was "extremely unlikely for simultaneous and spontaneous total system failures for the brakes, accelerator and transmission to occur at the same time" and notes that Hyundai would like to investigate, but this is the first they've heard of Lushaj's wild ride. You can watch a local news report on the incident below for more information.

IED Torino students dream up the PassoCorto for Hyundai

Every year the students at the Istituto Europeo di Design (IED) in Turin work up something new to unveil at the Geneva Motor Show. It's usually a concept for an Italian automaker (like the Alfa Romeo Gloria, the Cisitalia 202 E or the Abarth ScorpION) or at least something European (like the concepts they worked up with McLaren or the ones they did for Aston Martin). But this time they've wandered a little farther from home in designing a sports car for Hyundai.
It's called the PassoCorto - Italian for "short wheelbase" - and it was designed in collaboration between the grad students in the Master in Transportation Design program (under the supervision of Pininfarina design Luca Borgogno) and the Hyundai's European design center.
The design (theoretically) calls for a 1.6-liter twin-turbo four, mounted amidships and driving 266 horsepower to the rear wheels. It looks pretty promising, and if Hyundai were ever keen on taking on the likes of the Alfa Romeo 4C and Porsche Cayman, this strikes us as a damn good place to start.