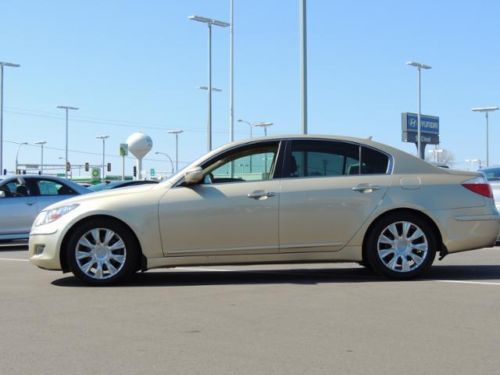 Hyundai is certainly bringing the horsepower wars to Las Vegas next month. We already know that its SEMA lineup includes a 1,000-horsepower Genesis Coupe, but now the company has announced that it is teaming up with Fox Marketing to create a 370-hp Veloster Turbo.
Keeping the Turbo's 1.6-liter engine, this show car gets an extra 169 hp by adding a bigger turbo and intercooler, cat-back exhaust and nitrous and methanol injection... oh, and the engine runs on 101-octane racing fuel. The brakes have been upgraded with six-piston calipers and bigger rotors, while the suspension now includes adjustable coil-overs. And since this is SEMA, this Veloster Turbo gets the requisite flashy exterior styling.
Scroll down for the full press release, but we'll have some better shots of this Veloster in just a few weeks.

Hyundai unveiled the Veloster Turbo R-Spec at the LA Auto Show yesterday, and it's touted as a high-performance model without some of the standard features usually found on the Veloster Turbo, such as proximity-key entry with push-button start, premium gauge cluster, side-repeater mirrors, driver's auto-up window, high-gloss interior trim and heated leather seats.
Like the other three R-Spec models Hyundai has released (Genesis Coupe 2.0T R-Spec, Genesis Coupe 3.8 R-Spec and Genesis 5.0 R-Spec), the Veloster Turbo R-Spec skimps on interior appointments to keep the price down. But Hyundai thinks that people who buy it don't want that equipment anyway, and would rather install aftermarket goodies. The car is priced at $22,110 (including the $810 destination fee), which makes it the least expensive Veloster Turbo model.
The pared-down hatchback's special features include R-Spec-specific sport suspension, retuned steering and a B&M short-shifter for the six-speed manual transmission (the R-Spec isn't offered with an automatic). That's all great, but we can do without the red-accented side skirts and front splitter, which look just as tacky in person as they do in pictures.

Hyundai's rear-wheel-drive Genesis Coupe has been soldiering along for several years with the choice of either a turbocharged 2.0-liter four-cylinder or a 3.8-liter V6, but that's about to change. Hyundai Motor America spokesperson Jim Trainor has confirmed to Autoblog: "The 2.0L Turbo engine will be discontinued starting with the 2015 model year, allowing us to reposition Genesis Coupe with its more premium performance buyer."
Rumors of the change first emerged over at The Korean Car Blog, which cited the company's ordering system as proof of the change, and it claims that there are some other changes in store for the 2015 Coupe as well. According to KCB, the base Genesis will use the 3.6 and will continue to be offered with either a six-speed manual or eight-speed automatic. Upgrading to the R-Spec model will add LED running lights, but other exterior appearance changes are unclear. Finally, the Grand Touring version will be dropped entirely, and the Ultimate trim will gain optional brown leather.