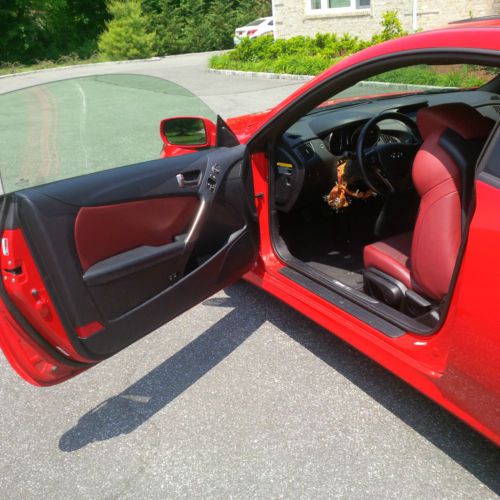 Hyundai Azera fate in question for US

The Azera has been consistently outsold by its rivals. Through June, Hyundai has shifted just 4,191 units.
Hyundai's dealers call the Azera the "nicest car nobody knows about." That's according to Mike O'Brien, Hyundai Motor America's vice president of corporate and product planning. Indeed, the fullsize sedan is a handsome, well-rounded machine, loaded with creature comforts. Yet it's not selling well, and its space in Hyundai showrooms is about to get a whole lot more crowded thanks to the newly spruced-up 2015 Sonata. No surprise, then, that company officials admit that the model's future in the US is uncertain.

No matter how you look at it, the Hyundai Veloster is an odd duck. With the vehicle's weird door configuration and styling that kind of looks like a modernized Honda CRX, the model is certainly unlike anything else on the road today. Since spotting one testing earlier this year (pictured above), we know that a refreshed version is on the way eventually, but that car keeps a lot of its secrets hidden under camouflage. New rumors from The Korean Car Blog suggest that the Veloster might receive a few mechanical changes to go along with the updated skin.
Among the biggest rumored tweaks is that the turbocharged model is receiving a seven-speed, dual-clutch gearbox as a replacement for its current, conventional six-speed auto. Another potential change for the naturally aspirated version is Hyundai's Flex Steer system that offers selectable weighting for the electric power steering.
Styling obviously isn't being left alone for the update. The mule testing earlier this year appears to show a new grille and altered bumpers underneath its concealment. The latest rumors suggest that's exactly the case with the possibility of a front end closer in design to the current Genesis, along with HID headlights and a modified hood design to remove the faux heat extractors.

Hyundai swims against the current with new i20 Coupe

Coupefying hatchbacks is all the rage in the European market these days. Its what Opel and Vauxhall did with the latest Astra, and what Renault did with the Mégane, and now Hyundai is preparing to follow a similar formula, only in a smaller form.
While the i30 is the model with which Hyundai competes with the aforementioned Astra and Mégane, to say nothing of the Volkswagen Golf and Ford Focus, it's the smaller i20 - recently introduced in five-door form - which the Korean automaker plans to give the coupe treatment.
Previewed in the teaser image above, the upcoming new i20 Coupe will enter a somewhat shrinking market for three-door superminis. Though the VW Polo, Ford Fiesta, Peugeot 208 and Opel Corsa are still available with three portals, their forms are otherwise no more coupe-like than their five-door counterparts. (Mini has tried a similar approach with its Coupe, and Citroën has forked the C3 five-door and DS3 three-door, but those are decidedly more upscale offerings.) Alongside the Seat Ibiza, Hyundai is one of the few mainstream automakers offering three-door superminis significantly distinguished from its five-door versions.