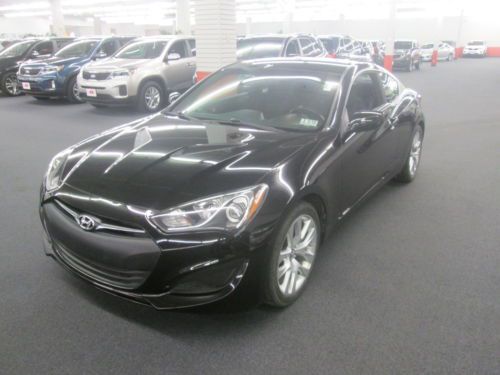 Integrated blind-spot mirrors are hardly a luxury item, but they're one of the simplest yet most welcome equipment developments we've seen in some time, and we're glad to see them beginning to spread throughout the industry's offerings. The 2014 Hyundai Accent is the latest car to get them, along with a host of other new features.
Chief among the changes to Hyundai's entry-level offering are new projector headlamps that combine LED accents with a welcome-light function, along with an available B&M Racing sport shifter on the five-door SE hatchback. Other small-but-useful standard-equipment updates include triple-flash turn signals and sliding sun visors, while uplevel SE models are treated to a tilt/telescope steering wheel, updated audio system with improved ergonomics and voice recognition, auto-up driver's side window and the aforementioned upgraded projector headlamps.
Mechanically speaking, the Accent appears unchanged, with the sole engine offering consisting of Hyundai's well-regarded 1.6-liter Gamma four-cylinder delivering 138 horsepower and 123 pound-feet of torque to go along with its fuel economy ratings of 27 miles per gallon city and 38 highway.

The Dude abides, but his deep voice is going to be coming from your TV a little less. After seven years of his earthiness, laid back actor Jeff Bridges is no longer the voice of Hyundai in the brand's advertising. He has been replaced by comedian Paul Rudd who is already narrating the new commercial for the 2015 Hyundai Sonata.
"We were looking for a voice that could be recognizable and relatable to a new generation of car buyers," said Steve Shannon, vice president of Marketing, Hyundai Motor America, in the company's announcement of the deal. "Rudd can be serious, humorous, informative and entertaining all at the same time."
According to Hyundai spokesperson Derek Joyce speaking to Autoblog, the deal with Rudd goes for the next three years. "He's our tier one voice, and that's going to affect tone" in the company's ads," Joyce said. The first spot with Rudd is titled Co-Pilot, and it stars a backseat driver losing out to the Sonata's navigation system and safety features at every turn. Rudd isn't physically in the commercial but does the ending voiceover. The company wouldn't say when the next ad with the new pitchman might debut.