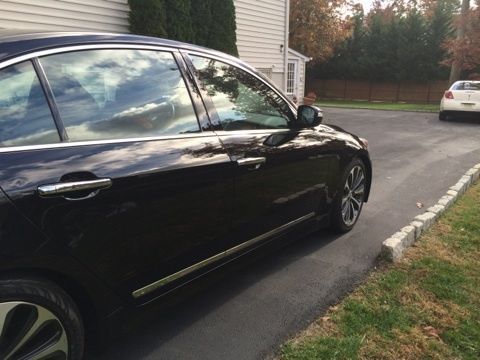 Anyone who's anyone among automakers tests at the Nürburgring, and the latest to join them is Hyundai. After fifteen months of construction and a €6.6-million investment - just shy of $9M USD - the Korean automaker has finally completed its new trackside testing center that was initially announced back in January.
Hyundai's new European Test Centre encompasses nearly 40,000 square feet of floor space on four levels in a glass and steel building that houses workshops, offices and hospitality areas. Acting as an extension of the company's European R&D center in Rüsselsheim, Germany, the new Nürburgring test center will allow Hyundai to conduct more regular and rigorous testing around the 73 corners and 13 miles of tarmac that make up the famous racetrack - definitely a good thing for a powerhouse brand that still sometimes fumbles when it comes to the dark arts of suspension and steering tuning.

Hyundai strutted its tiny but fashionable i10 onto the Frankfurt floor today, showing off the new, second-generation city car to the assembled media. The i10 was originally unveiled in August, although at the time, we didn't have much info on powertrains or other items.
Europe, where the i10 will be sold, gets a pair of gas-powered engines from Hyundai's Kappa family, displacing 998cc and 1.25 liters, respectively. The smaller, three-cylinder engine is limited to just 65 horsepower and 69 pound-feet of torque. It's also available with an LPG option, which adds one hp at the cost of three lb-ft of torque. Opt for the 1.25-liter, four-cylinder mill and you'll get a positively reckless 85 horsepower and 88 pound-feet of torque. Both engines are available with the driver's choice of a five-speed stick or a four-speed automatic.
Lack of thrust aside, can we all agree that the i10 is a sharp looking city car? It's compact dimensions belie a reasonable amount of cabin space, all in a wrapper of the stylish, fluid lines that Hyundai is known for. We'd argue it looks even better in these pictures than it did the first time we saw it. Hop up top for our live images from Frankfurt, or scroll down to the bottom for an official press release and images from Hyundai. The company's European arm as also assembled quite a number of Q&A style videos about the new car, for your edification.