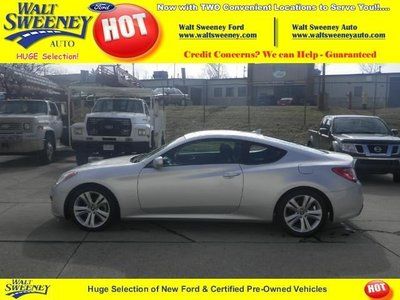 If you've been reading the past several updates on our long-term 2013 Hyundai Veloster Turbo, you may have noticed a trend developing. This is a flawed vehicle. Not critically so, but for many of our editors, this vehicle's annoying attributes are indeed outweighing the good. What may not be obvious, though, is that the deck is kind of stacked against the Turbo model.
See, a Veloster with its base powertrain and less of the gimmicky, look-at-me styling is a solid, fashion-forward, nicely packaged hatchback at a good price. Our issues haven't so much been with the Veloster itself, but with the unfulfilled expectations of hot-hatchery that the Turbo brings to the equation.
For this update, then, I will focus on a common bridge between the two Veloster models: the cars' top-end infotainment systems. Tack on the Style and Tech packs on the standard Veloster or the Ultimate Package on a Veloster Turbo, and you'll get the same Blue Link infotainment system, touchscreen navigation and eight-speaker Dimension stereo (a standard item on the VT).

Hyundai i20 WRC gets shakedown in Finland

It's always a good day when we get to post a video about rally racing. It's even better when that video is of a new WRC competitor undergoing testing. This spy video shows Hyundai's i20 WRC, a car that debuted nearly one year ago at the 2012 Paris Motor Show. It's set to usher in Hyundai's return to top-flight motorsports, and will do battle with the cars from Citroen, Ford and Volkswagen that are currently contesting the 2013 season.
This video, which shows the i20 testing on the notoriously tough Finnish rally stages, gives the impression that progress on the new WRC contender is going well. It certainly looks fast, and as with the vast majority of rally cars, it sounds absolutely wonderful (listen to some of those gun-shot-like backfires). Take a look below for the whole, glorious three minutes and 20 seconds of unadulterated rally noise, flying dirt and jumping.