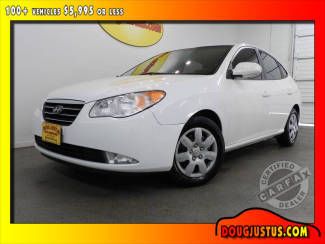 Joyrider nearly collides with kids, chased down by cops

A 14-year-old joyrider was able to outrun police in Utah but couldn't make it around a protective parent in a pickup truck. According to KSTU Fox 13 News in Utah, the thieving youngster's grandfather reported the white Hyundai Veloster missing, and police were already searching for it. As it turns out, his grandson had taken it and was driving like a crazy person. He even sped through a park where children were playing and into a neighborhood (video below).
Eventually, one of the parents at the park had enough. When the Hyundai appeared to be coming back to the park, he hopped into his pickup to stop the out of control teen and put himself in harm's way. After the violent way he was stopped by an oncoming truck, the kid might think twice about stealing any more cars. Bystanders got most of the incident on cell phone videos, including the crash, and you can scroll down to watch them and the news report for a little more backstory.

Today's rear-wheel-drive 2014 Hyundai Genesis sedan with the model's base 3.8-liter V6 starts at $35,200. Come the new 2015 model, Hyundai has announced that price of entry will climb to $38,000. And if you're so inclined, the Korean automaker will include its new HTRAC all-wheel drive setup for $2,500, for a bottom line of $40,500. The extra $2,500 for AWD rewards you with more than improved foul-weather handling, as the HTRAC model prepared for cold climes with standard heated steering wheel and rear seats, as well as headlight washers.
If that's not enough power, stepping up to the company's well-liked Tau 5.0-liter V8 requires $51,500, a marked $4,100 bump over the price for its 2014 model equivalent, but then again, there's more standard equipment. And that's pretty much the top of the line, because the big eight-cylinder can't be had with all-wheel drive. (Note: *All prices are subject to a $950 destination fee).
Having successfully kept the Genesis' starting price below $40,000 even after handling and destination, Hyundai has thrown new equipment into the base car beyond its exterior and interior redesign. Gewgaws like paddle shifters, rain-sensing wipers, power folding outside mirrors, power height and lumber-adjustable passenger seat and one-touch power windows in the rear compartment are luxury touches that add more than their raw weight in upscale perception.