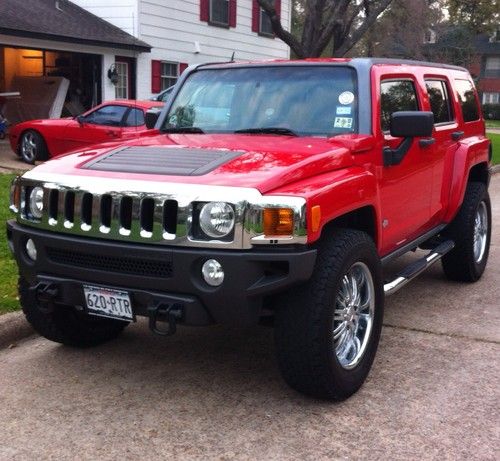 Condition: Used: A vehicle is considered used if it has been registered and issued a title. Used vehicles have had at least one previous owner. The condition of the exterior, interior and engine can vary depending on the vehicle's history. See the seller's listing for full details and description of any imperfections. ...
Extremely clean 2007 Hummer H3 with low miles! Windshield was replaced two months ago. Running boards and like-new exterior. Has a 6 cd changer, premium Bose sound system, Onstar, and Sirius XM Radio. The heated seats, hot heat, and four wheel drive make this truck a pleasure to drive in the winter. The ice cold a/c, cool leather seats, and tinted windows keep it cool in the summer. This is the first winter this truck has seen snow as we just relocated from Texas last summer.
Truck does need tires and the driver side recliner handle is broken. KBB and Autotrader value this truck at $18,899.00.
If you are paying by check, the issuing bank will be contacted to validate authenticity. Truck has a lien and will be paid off when funds clear. Title will immediately be sent to buyer after received from the lien holder.