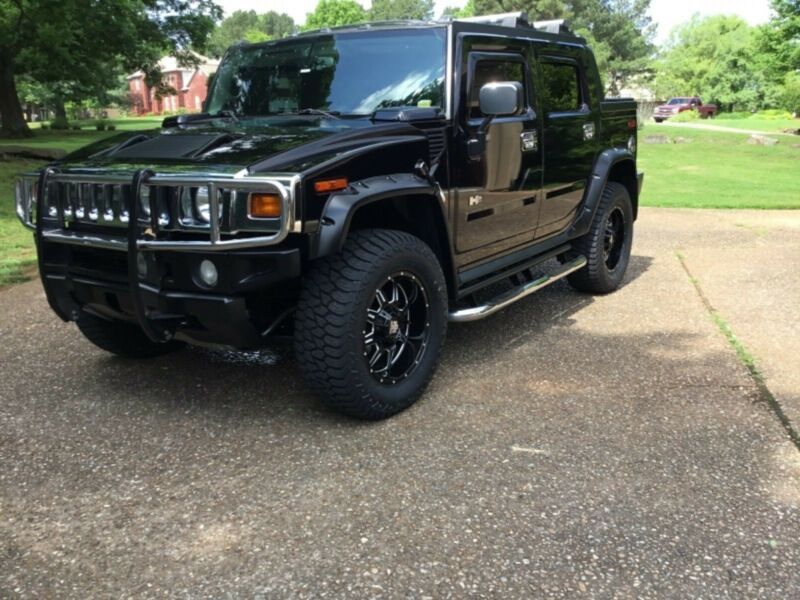 2005 Hummer H2 SUT - Mash Motors Duramax 6.6 Turbo Diesel/Allison Transmission conversion completed in August 2016.
H2 has 45,000 miles since conversion, original miles 197,213 on original 6.0 liter motor and transmission. I have
owned this H2 for 10 years, all maintenance performed on time. Details of conversion; GM 6.6 Duramax Turbo Diesel
with zero miles (reman), Allison transmission with 38K miles, all other components in the conversion were new
parts. New OEM brakes and Rotors, Bilstein shocks, Fabtech front end parts, OEM dash cluster and transfer case.
OEM/Aftermarket parts list available along with build sheets. The ECM is programmable up to 785HP and 1,200 ft lbs
of torque. AMP 37x12.5x20 A/T tires with 10K miles. This is a very nice Hummer! I just turned 60 and it’s time
for a change.Thanks for looking..