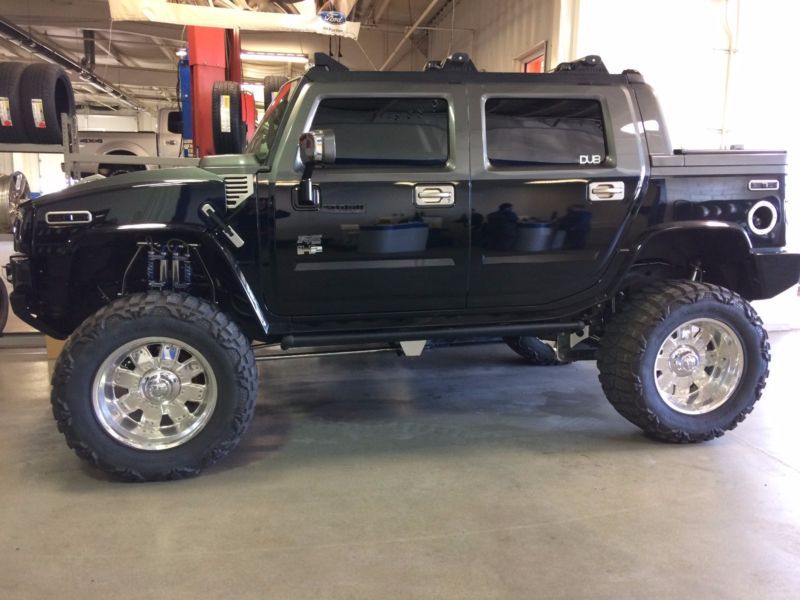 Please message me with questions at: antoniaappineault@barmyarmy.net .

This 2005 HUMMER H2 SUT 4X4 6.0 V8 MAGNUSON SUPERCHARGED! and was Built By 360 SMA For Fox Racing and the SEMA
Show Not sure how many were built this one is #029 And Only Has a little over 14,000 miles. It has been owned by
Jason Schmidt the pitch from the San Francisco Giants Who has had several of these..... Over 200k Dollars Invested
pictures will not do this Truck Justice.