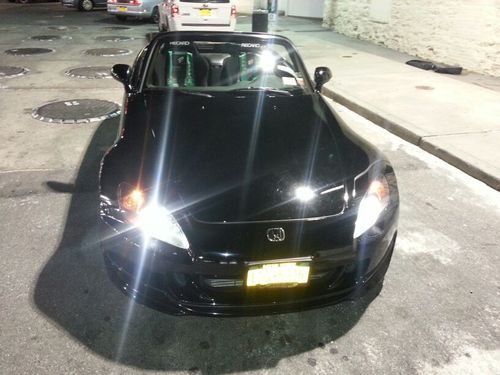 Up for sale is my 06' honda S2000, with only 36,000 miles! I am the second owner; the car is in great shape never beat on as I am an adult and I get my kicks from my motorcycle anyways. I put a Greddy plug and play turbo kit, 3" HKS exhaust, from the manifold back fully adjustable k-sport suspension, limited addition Recaro seats that was $3,200, and Takata four point harness.

The car has a salvage title because I bought it stolen recovery, but it has NEVER been crashed.

Any questions feel free to inbox me.