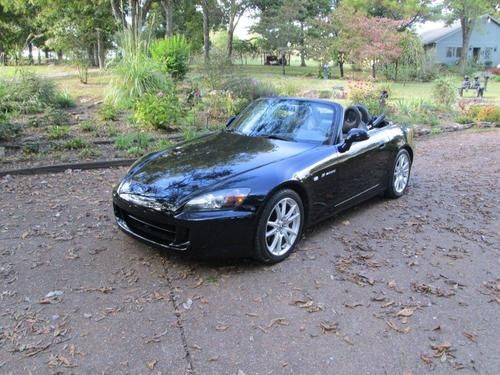 Condition: UsedA vehicle is considered used if it has been registered and issued a title. Used vehicles have had at least one previous owner. The condition of the exterior, interior and engine can vary depending on the vehicle's history. See the seller's listing for full details and description of any imperfections.Seller Notes:"I have owned the car for about 4 years. Since I have owned it I have had 2 minor incidents that was only cosmetic damage; a guy in a SUV backed into me and the trailer hitch hit where the bumper and the hood meet so they replaced the hood and the bumper. About 2 years later a girl in a Miata bumped me at a stop sign, it only flaked the paint off around the license plate area, but they replaced the rear bumper. In both cases there was no damage other than sheet metal.The car had a clean accident report when I bought it and I still have the report. It looks new insde and out,in excellent mechanical condition (needs nothing), oil changed every 3000 miles with Castrol synthetic,always garaged, drivin extreamly easy, new battery, new Michelin tires, non smoker, no modifcations all stock. Absolutley nothing wrong with the car, I am selling because I seldom drive it and have other priorities such as duaghter in College."