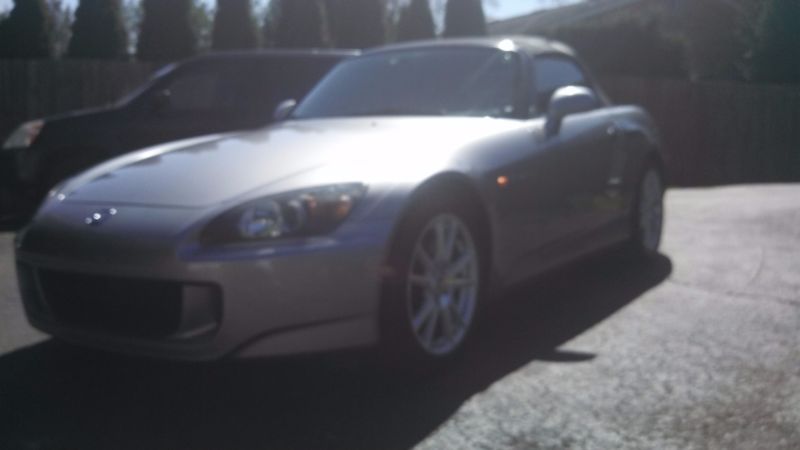 Please email me with any questions or requests for additional pics or something specific at: deondmmanross@spursfans.com .

2005 Honda S2000. Very good condition inside and out. Leather in excellent condition. Runs good. No dings/dents.
Driver side floor mat shows wear. Daily driver so mileage will go up. There is a lien. 6spd manual. Remote control
Pioneer deck with bluetooth and MP3 connection. All stock except for Pioneer deck. Have factory deck. Have boot for
convertible top. Has nitrogen in tires. I have been getting 23-28 MPG. An additional power outlet with constant
power was installed under dash for dash cam. HID headlights. Tires are over 50% tread. There are a few small chips
in paint on front driver side fender and passenger fender/door. The leather on driver side seat outside edge dries
out, but I use Meguiars Leather Conditioner which make it look new. There's not enough room in my garage with two
cars to open the driver door all the way to enter/exit the vehicle which causes me to rub on the leather drying it
out. There is nothing wrong with the car. The only reason I'm selling is to get a wakesurfing boat for the summer.
Contact for more information or pics. AS IS. NO WARRANTY.