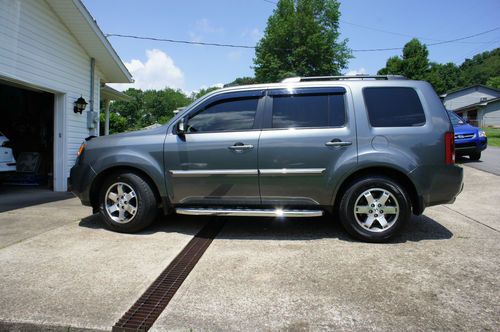 Condition: UsedA vehicle is considered used if it has been registered and issued a title. Used vehicles have had at least one previous owner. The condition of the exterior, interior and engine can vary depending on the vehicle's history. See the seller's listing for full details and description of any imperfections.Seller Notes:"FOR - Sale - 2010 Honda Pilot Touring For Sale. $24,999 -LOADED! Navigation, DVD entertainment with 2 wireless headsets. 3rd row seating. Heated leather seats. 4 wheel drive and Sun roof. New Tires and running boards. New Weather Tech Floor mats (front, back and cargo) Many amenities and clean! 64,000 miles. Same vehicle, make model and mileage is for sale at the local Honda dealership for $25,800 or more! Please private message me or call 304-483-1256 for more information. Great family vehicle!"