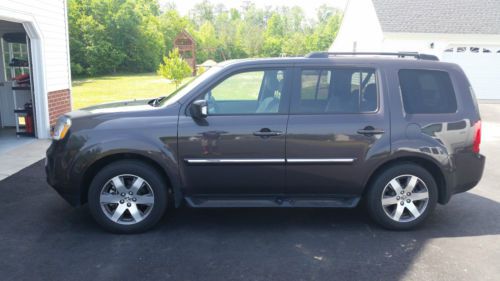 Revisiting The Runabout Of Record
The current Honda Fit has been around the block a few times. The subcompact hatch has soldiered on without significant revision since its first update for US customers in 2009, and while Honda is on the verge of launching a third generation, we thought we'd take the time to see how the runabout stacks up against the new wave of small, efficient and plucky five-doors now on the American market. Those include old standbys like the Nissan Versa and Toyota Yaris, as well as relative newcomers like the Chevrolet Sonic and Ford Fiesta.
Those machines may have all covered ground on the Fit, but Honda's wee machine holds a pleasant surprise for those buyers still willing to give the car the time of day. While the rest of the Japanese automaker's lineup has succumbed to dreaded model bloat, the Fit has remained true to the spirit of Honda that we remember from our vagabond youths. This may very well still be the closest genetic ancestor to the Civic models of old.